My Eye-Opening Week at Camp Quest

This is a guest post by Haley Mowdy. She was a first year volunteer counselor at Camp Quest Oklahoma in 2015.

Let me be upfront with you: I volunteered for Camp Quest because I love the outdoors and because I like kids. I didn’t do it because I thought it would be a life-changing experience for them (or, for that matter, me). After all, it was just a week-long summer camp. How much can change in so little time?

For readers who may not understand why Camp Quest is so important — and I was one of those people before volunteering there — I’d like to share with you my experience in the hopes that you will see the importance of this organization and why it needs (and quite frankly deserves) your support. 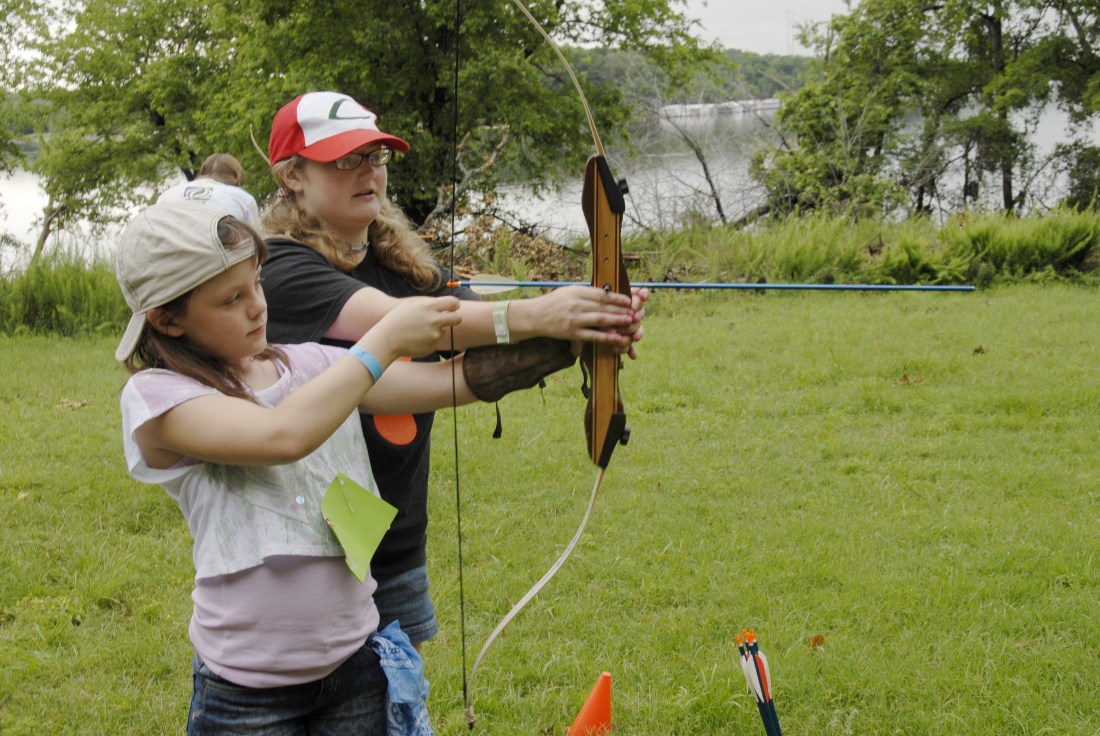 This past summer, I became a cabin counselor for a dozen strong and incredibly bright girls between the ages of twelve and sixteen. They came to us from a wide variety of socioeconomic and religious backgrounds. Many, as you might expect, came from atheist families. Some came from Agnostic families. A few came from freethinking Deist families. And one girl was from a relatively religious Christian household with parents who had chosen Camp Quest as a way to honor their daughter’s intense love of math and science.

In my experience, adults in the same situation would either be too polite to discuss their differences of belief… or they’d feel the need to launch into shouting matches full of ad hominem attacks. But throughout the week, these girls continually asked one another questions with honest and sincere curiosity, using logic and reason to arbitrate disagreements and accepting each other’s differences while working together to come up with answers that satisfied everyone.

It was through one of these interactions that I really saw the value of Camp Quest.

The girl from the Christian family sat on her bunk next to the girl who had been overheard to say, “I decided that I was an atheist before I decided that I was a girl.” You wouldn’t expect those worlds to collide, but these girls became close friends. “I’m not sure I agree with you about the existence of God,” the Christian girl said, “but I am so glad that I had the chance to learn about your beliefs. It has made me a better person, I think.”

Throughout the week, children of all ages voluntarily attended a session called “Socrates Café” where they were given the opportunity to think philosophically and speak on major issues such as the meaning of life, what happens after death, and what morality really is. These questions were generated by the students, and the level of intellect expressed was beyond belief. It demonstrated that, when given the opportunity to do so, children are incredibly logical, insightful, and curious about the world around them. They just need programs that allow them to express those ideas.

It’s not something my campers get from their schools, and my sense was that they had the time of their lives discussing these topics at camp.

As a counselor, I was surprised to realize that Camp Quest changed me, too. I had no idea how much adults could learn from children, but I rediscovered my own ability to hope, love all of mankind, and look past our differences as we work toward positive changes.

Camp Quest was life-changing for me and the girls I met. I suspect that if you talk to just about any attendee or volunteer, you’ll hear the same thing. That’s why I’m encouraging you to contribute your time, knowledge, or money. It all makes a huge difference. There are so few opportunities for discussions about religion, morality, and the meaning of life outside the context of a church. Especially when you’re not religious, it’s incredible to meet other people who feel the same way. With your help, we can extend that opportunities to students everywhere.

Fill out this quick form if you’re interested in more information about volunteering for Camp Quest. And if you’re a former Camp Quest attendee or volunteer, please share your experiences on social media using the hashtag #WhyWeCQ.