When Christian Persecution is Real (Hint: It’s Not in America) April 4, 2016 Terry Firma

When Christian Persecution is Real (Hint: It’s Not in America)

There are millions of U.S. Christians who scream persecution because teachers and coaches aren’t allowed to proselytize in public schools. Or because they’re not allowed to paint the Ten Commandments on the walls of the courthouse. Or because Starbucks doesn’t use Jesus-themed paper cups around Christmastime.

This is a travesty for reasons that go well beyond the fact that the feeble-minded complaining annoys non-Christians (hell, it even annoys a good number of Christians who correctly don’t see themselves as victims). As historian Candida Moss and Hemant and others (including me) have pointed out, the unseemly whingeing does a terrible disservice to Christians elsewhere, many of whom are actually being persecuted — losing liberty and life just because they believe something different than the majority in their countries do. 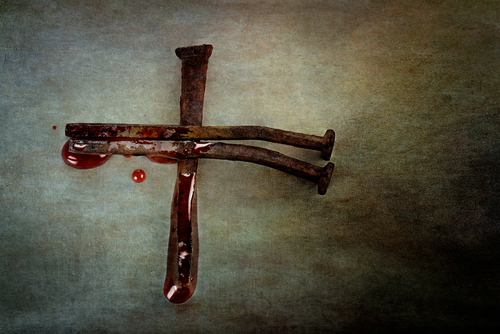 When American Christians claim to be part of a persecuted group, not only are they not paying attention to the violence heaped upon their brethren in nations like Iraq and Syria and Pakistan; they are making the rest of us care less about those situations. I find myself having to actively muster my rationality when I hear of Christian persecution abroad. I have to remind myself, with some effort, that that shit’s real. The fact that it takes mental effort these days is because U.S. Christians, with their excessive wolf-crying over nothing of consequence, have conditioned me to auto-scoff at the persecution term and to keep my limited reservoir of empathy walled off.

An article in the Daily Beast, published yesterday, makes the point that the threat to non-Western Christians is hardly imaginary.

A tragic Easter evening at a crowded park in Lahore, Pakistan, is the latest reminder that outside of the Western world, Christianity is increasingly a targeted minority.

The Taliban faction, Jamaat-ur-Ahrar, claimed responsibility for the suicide attack that killed more than 70 and wounded hundreds, mostly children…

Attacks against Christians are a pattern in Pakistan in recent years. In March of 2015, for example, 14 people were killed and more than 70 injured after suicide bombers targeted two churches in Lahore, and at least 80 were killed in a church bomb attack in 2013 in the city of Peshawar.

Such reminders are a good thing. We frequently issue them on this blog, too, as a matter of fact.

And just as we’ll continue to do that, we’ll probably never tire of reminding people that throngs of American Christians behave like spoiled toddlers when their religion is given no governmental preference over other faiths or creeds.

We’ll also keep saying, where warranted, that the number of foreign Christians who are “martyred” for their faith is nowhere near as are shocking as is often claimed.

Anyway, the only way to disrupt the chorus of domestic Christian-privileged gripers is to continue to call them on their self-serving prattle; and to keep pointing out that there’s so much real Christian persecution around the world that no American Jesus fans should have to resort to thin-skinned self-victimizations.

April 4, 2016
Richard Dawkins is Recovering Well and Under Orders to Avoid "Getting Involved in Controversy"
Next Post

April 4, 2016 Judge Orders Praying School Board Members to Pay Nearly $203,000 in Legal Fees to Atheist Group
Browse Our Archives
What Are Your Thoughts?leave a comment