Richard Dawkins is Recovering Well and Under Orders to Avoid “Getting Involved in Controversy” April 4, 2016 Hemant Mehta

Richard Dawkins, still sidelined from public appearances due to a minor stroke, sent out an update on his condition this morning.

In short: He’s recovering well, working on his next book (a collection of essays), and taking advantage of his mandatory time at home: 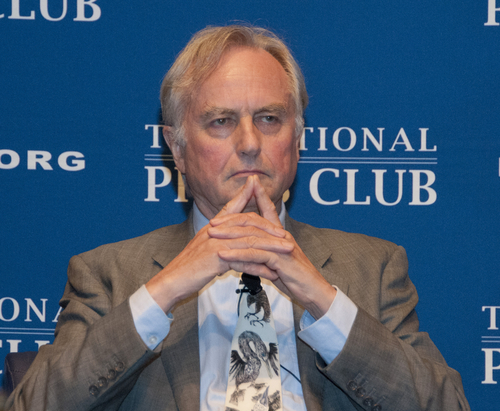 My balance is improving with physio exercises such as impersonating a stork standing on one leg. And I can ride my bike, albeit a little unsteadily on tight corners. Blood pressure still veers toward the high side, despite medication, and I’m under orders to avoid long distance travel or getting involved in controversy. Controversy? Moi?

At least he hasn’t lost his wry sense of humor.

April 4, 2016
God's Not Dead 2 Had a Lousy Weekend at the Box Office Compared to the Original
Next Post

April 4, 2016 When Christian Persecution is Real (Hint: It's Not in America)
Browse Our Archives
What Are Your Thoughts?leave a comment