Erica Flores Dunahoo, her husband, and their two children were hoping to find cheap rent in the RV park owned by Gene Baker. He welcomed Erica with open arms at the end of February, but that changed the next day when he learned that Stanley Hoskins, her husband and a sergeant in the National Guard, was black: 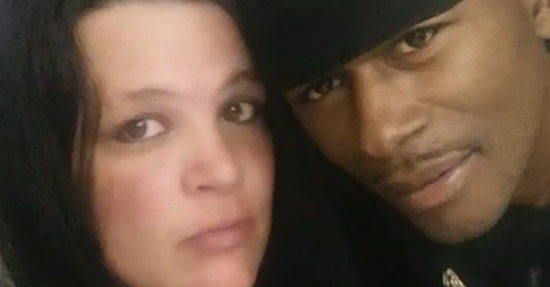 The next day, [Dunahoo] said, Baker telephoned her and said, “Hey, you didn’t tell me you was married to no black man.”

She said she replied that she didn’t realize it was a problem.

“Oh, it’s a big problem with the members of my church, my community and my mother-in-law,” she quoted him as saying. “They don’t allow that black and white shacking.”

“Oh, it’s the same thing,” she quoted him as replying.

When pressed about his racism, Baker offered the same line used by anti-gay Christians: Don’t blame me! This is what my church wants!

Asked if he had a problem with a mixed-race couple, Baker replied, “Oh, no.”

Dunahoo said he told her they could attend their church but “we’re not allowed to be members.”

Sure, they’re happy to take your money, but that’s the only kind of relationship they want with certain people.

Baker’s church is never identified in the Clarion-Ledger story… which is unfortunate, since I’d love to know what his pastor has to say about all this. This is awful behavior, even for Mississippi.

The NAACP is investigating the story.

Not that Baker’s worried. Knowing he may be in serious legal trouble over this, he offered a solution to the reporter:

Asked if he would rent the RV space if another interracial couple showed up, he replied, “I’m closing it down, and that solves the problem.”

There you go. Shut the whole thing down. It’s much easier than not being racist at all.

How many steps backward does Mississippi have to take before they end up right back where they started…? They have to be close by now.

(Screenshot via Clarion-Ledger Thanks to Randy for the link)

April 4, 2016
Los Angeles Man Accused of Murdering His Son For Being Gay
Next Post