Texas Baptists Prayed for a Drought to End. Two Years Later, They’re Celebrating (for Some Reason)

Following a nasty drought a couple of years ago, some Christians in Austin, Texas prayer for rain. Which, I guess, is less embarrassing than doing a dance to appease the gods, but equally as useful. The drought’s been over for a while now. Local lakes are filled again. And that means it’s time for the Christians to celebrate their incredible success: 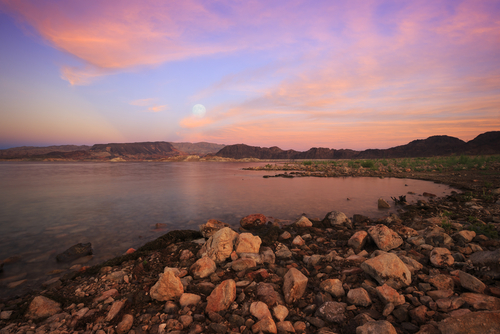 After years of persistent prayer, Austinites will gather at Hyde Park Baptist Church Thursday evening to thank God for a full Lake Travis.

The water level of Lake Travis is currently 681.09 feet. Will Davis Jr., founding and senior pastor of Austin Christian Fellowship, notes that the number of days between the 2014 call for prayer and fasting at Hyde Park and the event on Thursday is exactly 681 days.

How arrogant and ignorant do you have to be to think you had some control over the weather…?

That last line is especially obnoxious, as if it’s some miracle that the 681 number matches up in both cases. The church leaders scheduled the event for that day. It’s not a “sign” — it’s not even a coincidence!

These Baptists are throwing a party to celebrate something they had absolutely nothing to do with. They’re like sports fans who think their lucky socks are the reason their favorite team won a big game: They’re free to believe that, but they shouldn’t expect anyone else to take them seriously.

(Image via Shutterstock. Thanks to @PintosFrijoles)