Toronto Catholics Are Angry That a Local Hospital Has Dropped the Cross From Its Logo April 1, 2016 Terry Firma

Toronto-area Catholics got quite cross recently, because

St. Joseph’s Health Centre unveiled [a] new logo earlier this month as part of what it described as a “renewal” of its brand and the launch of a new fundraising campaign. It features bold capital letters, but no cross. 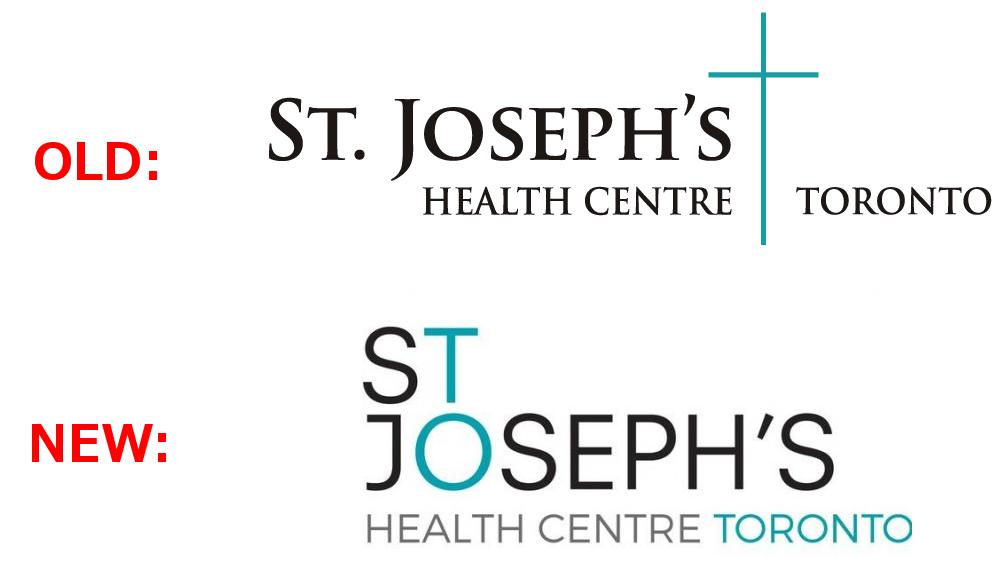 The shape of the cross or stake that Jesus died on is actually unknown and subject to never-ending discussion. If I were part of the hospital’s management team, I’d simply say that the prominent capital T in the new logo represents the Christ cross, and move on.

As it stands, however, more than 3,000 Catholics would not be denied their chance to feel put-upon and persecuted, so they signed an online petition protesting the design that no longer features Christians’ most revered torture instrument. Many of them were also upset about a rumor that St. Joseph’s would, in addition, take down a large physical cross from its roof, although hospital administrators had said all along that that cross will not be removed, and that there were never any plans to do so.

What makes this even more noteworthy is that, while the just-retired logo had a cross, earlier versions that were in use for decades didn’t, which nobody at the time thought was worthy of concern, much less handwringing, anguish, or ire. Mike Heenan, a vice-president at St. Joseph’s, told the Toronto Star

“We’ve had logos in the past that didn’t include a cross. We’ve moved to a text-based font that emphasizes the Saint and the Joseph’s with a linking to the city of Toronto and the communities we serve.”

Many of those who signed the petition expressed their fear that the hospital’s Catholic history and symbols were being painted over in the name of a “political correctness” that discriminates against Christians.

Time to trot out this useful picture: 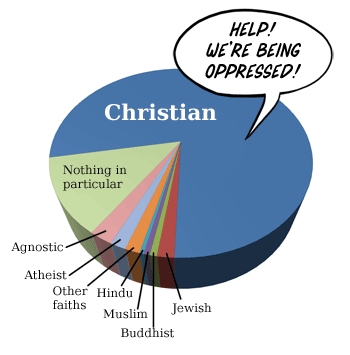 To be precise, that represents the situation in the U.S.; Christians make up “only” 67 percent of the Canadian population.
Previous Post

April 1, 2016
Of Course Women Will Be Punished if Abortion is Illegal
Next Post