Of Course Women Will Be Punished if Abortion is Illegal April 1, 2016 Rachel Ford

Of Course Women Will Be Punished if Abortion is Illegal

When Donald Trump said the other day that women who have abortions should be punished if the procedure is banned, it raised many eyebrows. Predictably, on the left, because it’s an appalling thing to suggest; and, if I had to guess, on the right because that’s one of those things you’re not supposed to say out loud. (Not that Trump is the only anti-abortion zealot to have missed that memo.) 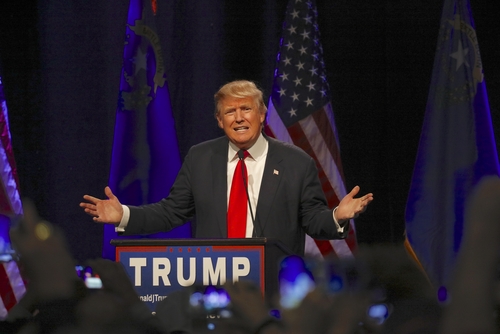 But, as appalling as the idea is, this wasn’t actually one of the crazier things Trump has suggested — at least, not if you take “pro-life” ideology seriously. After all, if abortion is treated like — if it is — murder, as the pro-life movement argues, of course there have to be penalties associated with it. That’s just logical.

That’s exactly what Jill Filipovic argues in a truly brilliant piece at TIME:

The argument that women would not or should not go to jail for abortion is absurd when one notes that there are women in the United States who have, in fact, gone to jail for abortion; some are sitting in jail right now. Jennifer Whalen, a mother in Pennsylvania, was prosecuted for getting abortion-inducing drugs for her daughter. Purvi Patel is currently sitting in an Indiana prison for allegedly self-inducing her own abortion. And it’s not just abortion. Prosecutors have charged dozens of women with serious crimes including drug trafficking and murder for using drugs while pregnant. When South Carolina passed a law in 1997 qualifying fetuses as persons and harm to them as child abuse, the Attorney General’s Office announced it would prosecute women who had post-viability abortions for any reason, and that it would charge them with murder and potentially seek the death penalty. If a woman takes drugs and has a miscarriage or her child dies soon after birth, she faces jail time in many parts of the U.S. Do we really believe that a woman who pays someone to end her pregnancy won’t be treated the same way?

When you make something illegal, it comes with penalties — this is how criminal law works. It’s certainly how it works in El Salvador, where women are in jail, some for having miscarriages the state believes were abortions. It’s how it works in Rwanda, where rape survivors sit in prison for ending their pregnancies. It’s how it works in Ecuador, Malaysia, Mexico, Bolivia, the Philippines — the list of where ending a pregnancy can land you behind bars goes on.

Not only is this the only logical outcome for classifying abortion as murder, we can look beyond the theoretical — because it’s been done, time and again. When abortion is against the law, getting an abortion is a crime. It’s not a good selling point for the anti-choice crowd, but it’s the reality of the matter: ban abortion, and you end up jailing women for exercising their reproductive choices.

And, as Filipovic notes, it’s not just abortions than can end up putting women on the wrong side of the law.

Just as the death of an infant may lead doctors and law enforcement to suspect child abuse and engage in an investigation, so, too, would miscarriages have to cue scrutiny into the woman’s actions.

That’s what happens when you afford a fetus all the rights and legal protections of an actual child. It’s happened in other countries. It’s happened in our country. It will happen more often if an anti-choice President gets into the White House.

Along with these points, Filipovic examines a number of other anti-choice arguments and even takes a look at the motivations behind the rhetoric.

It’s a long read but well worth the time.

April 1, 2016 Toronto Catholics Are Angry That a Local Hospital Has Dropped the Cross From Its Logo
Browse Our Archives
What Are Your Thoughts?leave a comment