Last year in May, Danco Laboratories, which makes the abortion-inducing drug Mifeprex (mifepristone), filed paperwork with the FDA to update the guidelines for use of the drug. Give further research on how it works, they wanted to loosen the restrictions on who could use it and when.

The political implications were certainly not lacking — anti-abortion lawmakers throughout the country have passed laws to enforce strict adherence to the guidelines (which in this case were simply not accurate anymore) rather than deferring to medical experts. But to the surprise of many, the guidelines were indeed updated. Politics had nothing to do with it. Instead, the basis for the change was — wait for it — scientific progress. 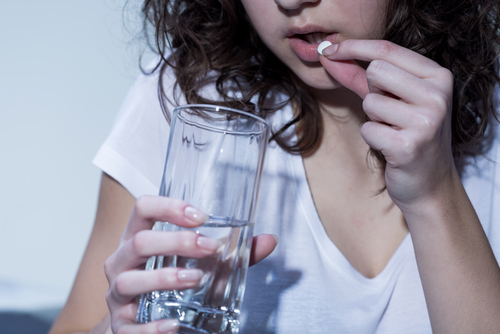 The change brings the directions for taking the drug, mifepristone, in line with what has become standard medical practice in most states: reducing the dosage to 200 milligrams from 600 milligrams, decreasing the number of visits a woman must make to a doctor to two from three, and extending the period when she can take the pill to 10 weeks of pregnancy from seven weeks.

The original label on the drug was based on clinical evidence from the 1990s before the pill was approved in 2000. Doctors said that new evidence had emerged supporting lower doses, which have fewer side effects, and a longer period in which women could take the medication safely. In most states, doctors have been following the medically accepted regimen, even though the label advised otherwise, a fairly common medical practice known as off-label use.

The reactions are as predictable as they are telling — with those in the medical community lauding the FDA for catching up with the latest data, and anti-abortion activists bemoaning that the FDA is acknowledging facts that run contrary to their narrative.

The American Congress of Obstetricians and Gynecologists said in a statement that it was “pleased that the updated F.D.A.-approved regimen for mifepristone reflects the current available scientific evidence and best practices.”

“It appears this has been done for the convenience and the profitability of the abortion industry,” said Randall O’Bannon, the director of education and research for the National Right to Life Committee.

Eric Scheidler, the executive director of the Pro-Life Action League, an anti-abortion group based in Chicago, said, “My first thought was that this is a bone that the Obama administration was throwing out there to their friends in the abortion lobby.”

Because, obviously, President Obama is in the pocket of Big Abortion. (Those must be pretty big pockets seeing as how the medical community, whose job it is to care for women, also has to fit in there.)

Good thing we have intrepid truth-tellers to remind us to ignore science in order to focus on the financial angle and unproven political motives.

For those who actually care about delivering the most effective care to women, though, this is excellent news. It’s a necessary update that reflects the latest, most reliable scientific data. It’s good for women and doctors, who will no longer have to worry about consequences for ignoring the old guidelines despite knowing they were inaccurate.

It’s always nice, isn’t it, when we make decisions based on evidence instead of rhetoric?

April 1, 2016
A Colorado School District Will Give Away Satanic and (Censored) Atheist Literature to Students
Next Post

April 1, 2016 Of Course Women Will Be Punished if Abortion is Illegal
Browse Our Archives
What Are Your Thoughts?leave a comment