The Bridge Collapse in Kolkata (India) Was an “Act of God,” Says Construction Company Executive

Earlier today, an overpass in India collapsed in the city of Kolkata (formerly Calcutta), killing at least 22 people as of this writing. The death toll goes up by the hour. 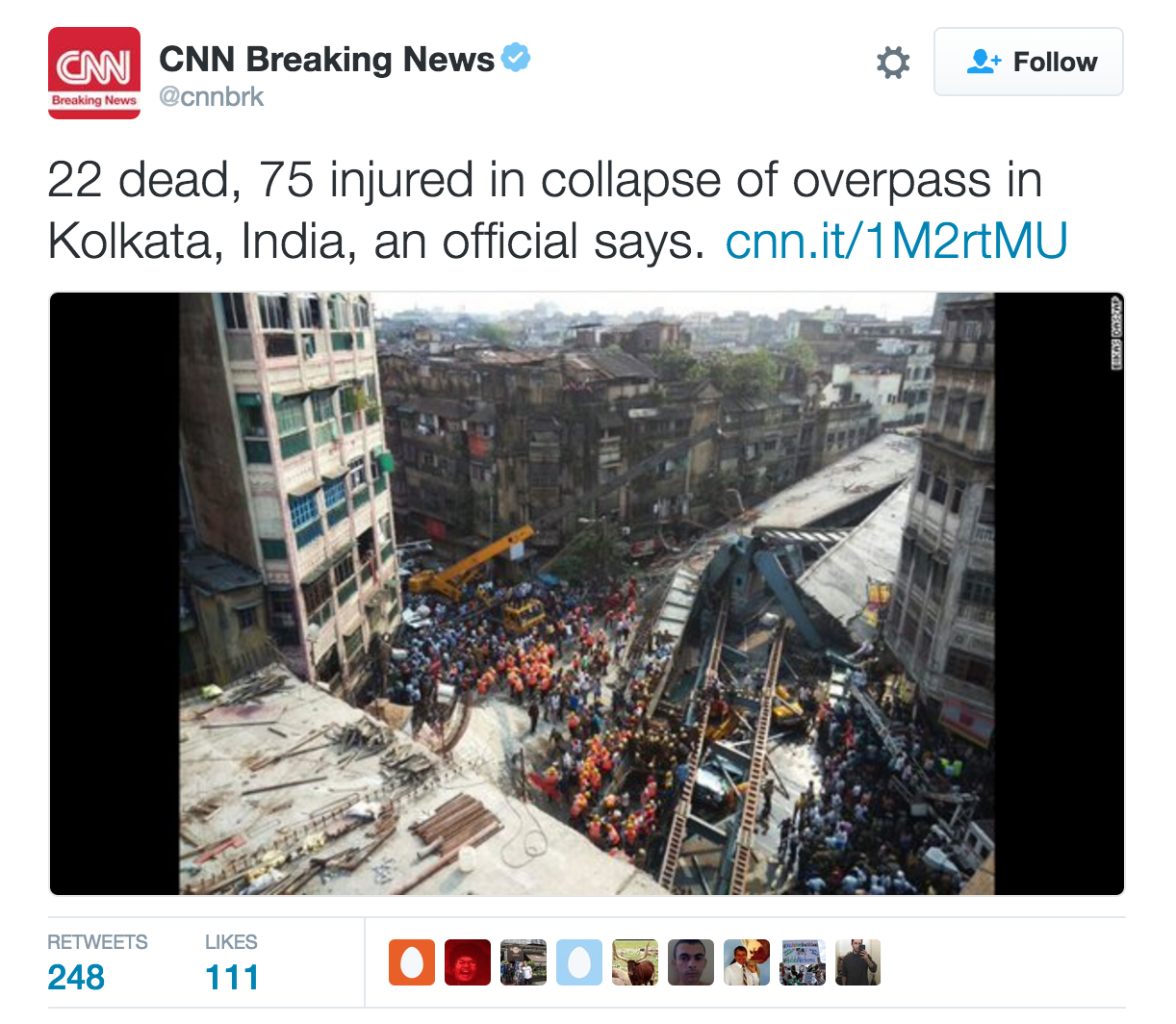 Why did it happen? We know why bridges usually collapse. Poor infrastructure. Infrequent (if any) maintenance. In this case, however, the bridge was still in the process of being built — which suggests the problem lay in its very construction.

Now, at least one senior official at the company that was building the overpass says God did it. (So, you know, don’t blame them.)

“It is nothing but God’s act. This has not happened to us in 27 years,” said K Panduranga Rao, a senior official of the Hyderabad-based IVRCL group.

Dr Rao said around 45 per cent of the flyover was unfinished.

“A girder must have been missed and another probably fell,” he said, responding to reporters at the site where a massive rescue effort was in progress. He admitted that construction had been “going on for a few years”.

How’s that for hypocrisy? He’s saying this was an act of God while also admitting the construction crew may have screwed up. Unless God was the foreman, both can’t be true.

And while an “act of God” is an actual legal term referring to things like natural disasters for which you can’t be held responsible, it seems clear here — at least from the initial reports — that the construction company alone bears the blame for what happened.

March 31, 2016
Anti-Choice Activist Says Women Should Absolutely Be Punished for Having Abortions
Next Post