Christian Extremist: Women Who Have Abortions Are “Sluts” Who Deserve the Death Penalty March 31, 2016 Hemant Mehta

Christian Extremist: Women Who Have Abortions Are “Sluts” Who Deserve the Death Penalty

I guess we should consider ourselves lucky that Donald Trump thinks (at least for a few minutes) that abortion should be banned and women who then have them should be punished in some way he hasn’t determined yet.

It could be worse. Christian extremist and one-man hate group Theodore Shoebat says that women who have abortions are “sluts” who deserve the death penalty: 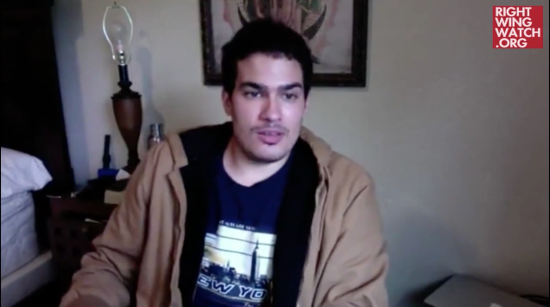 [Shoebat] cited Leviticus as he declared that “all these sluts who kill their own children” should be put to death.

“They had a choice to keep their legs closed,” he stated. “They could have controlled themselves, and they got the abortions and they murdered their own children. Let me tell you something, I believe in the death penalty for these women and I believe that God himself agrees with me.”

So… what about women who become pregnant as the result of rape? Should they be killed? Do they not exist because their bodies would shut the whole thing down? Or is all this too much nuance for him to handle?

On a brighter note, Trump and Ted Cruz sound downright harmless next to this guy.