Finally, we know the return investment on our tithe.

As guest Glenn Beck listened intently, Christian pseudo-historian David Barton recently explained on his “Foundation of Freedom” series what you get in return for your gift to God: 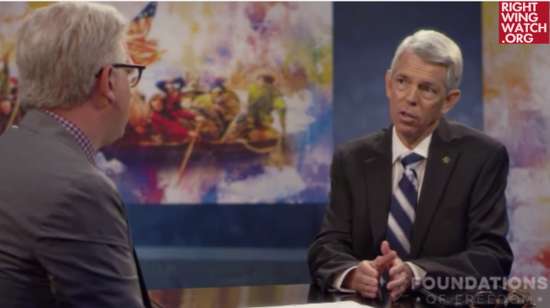 … We both tithe. We know the benefits of that. Suddenly, your cars go 200,000 miles rather than 80,000 miles. Your clothes don’t wear out as fast. It’s what the Bible says, [the Israelites] went for 40 years and their sandals never wore out.

So for an investment of 10% of your income for your entire life, your car will last more than twice as long as before!

Let’s do some back-of-the-envelope calculations, though…

A brand new Prius runs well under $25,000, and it’s even lower if you bargain correctly with the dealership. Those cars tend to go strong long past 200,000 miles.

That means that by David Barton’s own calculations, you’re better off keeping your money out of God’s hands. In five years, you’d have enough money for a new Prius with great mileage — with plenty left over to buy new clothes, new sandals, and more. And you’d have all that extra cash in the years to follow!

I guess we can thank Barton, who was never very good at math, for convincing everyone that tithing makes no sense.

March 30, 2016
Donald Trump Says Women Who Have Abortions Deserve "Some Form of Punishment"
Next Post