Tyler Henry Says He’s a “Skeptical Psychic” Because “Anybody Can Tell You Your Loved One Loves You” March 29, 2016 Hemant Mehta

Tyler Henry is the 20-year-old “medium” whose show on E! is all about his outreach to Hollywood celebrities, helping them “connect” with their dead relatives. What makes him particularly annoying isn’t just that he believes he has a “gift” (which he doesn’t); it’s that he considers himself above other con artists. As if he’s bringing something new and refreshing to the table.

This past week, Henry spoke with actor DJ Qualls and told him he should be skeptical of other “psychics” because, you know, “anybody can tell you your loved one loves you.”

The irony was lost on him. 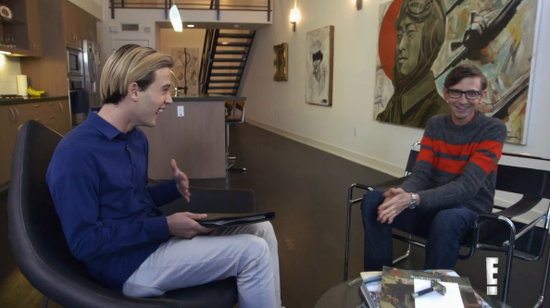 HENRY: Have you ever seen a psychic before?

QUALLS: Yeah, but just like had my cards read and sort of as a laugh…

QUALLS (to camera): I won’t say I’m a believer, but I would say that I’m really open, because I’m smart enough to know that I don’t know a lot…

HENRY: I’m very skeptical and that’s kind of the funny irony about the fact that I’m a psychic. I’m an incredibly skeptical psychic, of other psychics. Because anybody can tell you your loved one loves you.

If he’s a “skeptical psychic,” he’s awful at both. His biggest asset isn’t some supernatural gift. It’s the fact that he’s telegenic.

Qualls isn’t off the hook, either. Saying you’re open-minded isn’t a free pass to believing in obvious bullshit. That’s like saying you’re “above” partisan politics because you think all the candidates bring something valuable; some of them are disastrous, and if you can’t see that, you’re part of the problem.

Speaking of which, who the hell is watching this show?

March 29, 2016
The Supreme Court's Suggested Solution in a Contraception Case Won't Satisfy the Right
Next Post