The University of Iowa Shouldn’t Be Giving Muslim Students Their Own Prayer Rooms March 29, 2016 Hemant Mehta

College campuses should absolutely be welcoming to students of different religious backgrounds, but how far should they go to accommodate their beliefs?

At the University of Iowa, administrators may have gone too far, creating two special prayer rooms only to be used by Muslim students. 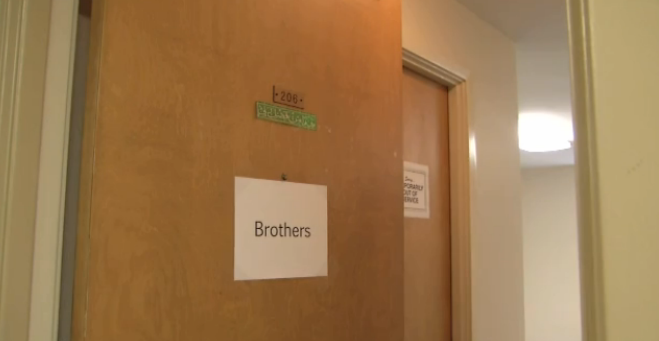 After placing their shoes on a shoe rack, students and staff can come into the rooms to pray or meditate at any time of the day, any day of the week.

The rooms are former offices.

One room is for women to pray — the other, for men.

Muslim students and staff say they are thankful for the new prayer spaces because they no longer have to pray publicly and risk being interrupted.

I’m sure the Muslim students and staff members appreciate it, but why is this the university’s responsibility? Why should tuition dollars be used to give Muslims a special room?

This isn’t a question I’m asking for the sake of being a jerk. There are presumably just as many Jewish and atheist students on campus. Just because they don’t have prescribed prayer times doesn’t mean they couldn’t use gathering places of their own. Should the university create meeting spaces for them, too?

In fact, an off-campus Hindu group has already requested that Hindus have their own meeting area on campus. (It’s the same group that requested representation at the Oklahoma Capitol after legislators installed a Ten Commandments monument.)

[Rajan] Zed, who is President of Universal Society of Hinduism, pointed out that Hindu Prayer Room would be a step in the positive direction in view of presence of a substantial number of Hindu students at UI, as it was important to meet the spiritual needs of these students. Some other universities/colleges in USA now offered Hindu prayer room.

It may be trolling, but what’s the counterpoint from the school? On what basis can they say yes to Muslims but no to Hindus?

There’s a way around this: Have spaces that all students can use and allow registered Muslim clubs to reserve the rooms whenever they need them.

The Freedom From Religion Foundation believes the space represents an unconstitutional endorsement of religion and sent a letter urging administrators to reverse their decision:

“State-run colleges have a constitutional obligation to not endorse, advance, or aid religion,” FFRF Staff Attorney Patrick Elliott writes in a letter to University of Iowa President Bruce Harreld. “When a government entity like the University of Iowa creates prayer areas for specific religions and imposes religious rules upon students (removing shoes, segregating men and women), it has unconstitutionally entangled itself with religion. The university finds itself in a position where it must either sponsor and endorse the tenets of a religion by allowing it to impose religious rules, or dictate to religious students which tenets they are allowed to follow on university property.”

To be clear, FFRF isn’t doing this out of some anti-Islamic sentiment. They want the university to avoid what will surely be a lawsuit. Simply put, administrators should not be in a position to decide which religions are more important than others, giving some of them private meeting space while denying others the same opportunity.

This is a school, mind you, that already has an on-campus chapel with a Latin cross on it. (That’s a separate-but-sorta-the-same problem. It’s clear this isn’t the school’s first time endorsing a particular religion.)

University officials need to fix this before the problem gets worse.

March 29, 2016
Recidivist Lawbreaker Who Started a Firefight in Capitol Is a Pastor From Tennessee
Next Post