Taslima Nasreen is an atheist who holds little back in her public criticism of religion, especially Islam. The Bangladeshi-born author left the country more than two decades ago, now lives in India, and has been threatened multiple times since then. Yet she continues to speak out in defense of women and freethought. 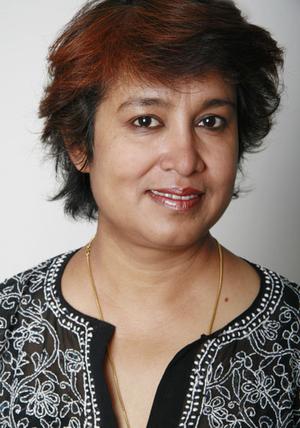 For a while now, a group called the “All India Human Rights and Social Justice Front” has been trying to deport her and revoke her visa so she can never return.

… ‘All India Human Rights and Social Justice Front’ [was] seeking cancellation of Nasreen’s visa alleging that she has been violating the Foreigners Order of 1948 and the Foreigners Act of 1946 by airing her views on every issue without prior permission.

Nafis Ahmad Siddiqui, lawyer and President of the NGO, said Nasreen, who is living in exile since 1994, has been making controversial statements, besides doing professional work here.

Because how dare a woman speak her mind?!

These aren’t just idiots complaining on the Internet, though. They took this case to India’s Supreme Court.

But in a devastating blow to the pro-censorship crowd, the Supreme Court not only threw out the case, they also rebuked the group that brought this case to their attention:

“Do you think that we do not have any other work to do”, a bench comprising Chief Justice T S Thakur and Justice U U Lalit said while dismissing an appeal filed by an NGO against a Delhi High Court order on the case.

So the Supreme Court justices basically said, “Are you shitting me? We have real cases to tackle. Get the hell out of here.”

That’s the perfect response to this sort of argument. Nasreen hasn’t done anything wrong. Disagree with her all you want, but she has every right to say whatever the hell she wants in her life-long battle against injustice.