The Quakertown Area School District in Pennsylvania is having one of those meaningless fights about being fair and balanced in science classrooms. But it’s not about evolution this time; it’s about climate change.

The school board’s curriculum committee says it wants to adopt a textbook that shines a light on the “debate” surrounding global warming: 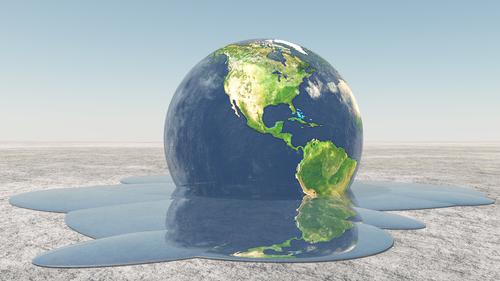 “In general, what we’re all trying to be cognizant of is not to favor one side of the debate or the other,” said board member Steaven Klein. “What we’re looking for is fairness. There are theories, even if some are more prevailing than others. But the way some of the text is written is that it’s a fact and there’s no debate.”

He described the books as “confusing, inaccurate, with an obvious political agenda.”

At Thursday night’s school board meeting, Kevin Kelly, a school psychologist and vice president of the Quakertown Community Education Association, told directors that 96 percent to 97 percent of scientists believe climate change is taking place. That might make it challenging to find a balance in a textbook, he said.

What he does mind, however, is people believing science is a consensus. “That’s not a scientific method,” he said. “Ninety-eight percent of scientists thought Einstein’s Theory of Relativity was (wrong). A majority of scientists used to think the Earth was flat.”

First of all, a majority of scientists never believed the Earth was flat. That’s a lie. And the fact that scientists may have changed their minds about anything is a testament to the strength of science. Good scientists look at the evidence and follow it wherever it leads.

The experts who study climate change overwhelmingly believe humans contribute to it. Just because a handful of scientists may say otherwise doesn’t mean the evidence supports what they’re saying.

We rightfully dismiss what discredited researcher Andrew Wakefield and wannabe-doctor Jenny McCarthy say about vaccines because no evidence supports their argument. Hell, a majority of evangelicals still think evolution is a hoax. But their denial of reality doesn’t mean the textbooks should change in response.

The fact remains: there’s no meaningful debate going on regarding the causes of climate change. The experts have done the research and analysis already. It seems like the only people who deny their conclusions are conservative politicians and ignorant citizens — and, frankly, no one should give a damn what they think about science because they don’t know what they’re talking about.

Science textbooks should shed light on debates that are actually taking place between experts in the field. Climate change and what’s causing it aren’t being debated. End of discussion.

March 29, 2016 Tennessee Republican Wants to Revive Bill to Make the Holy Bible the Official State Book
Browse Our Archives
What Are Your Thoughts?leave a comment