Earlier this month, the Secular Coalition for America announced a bracket with 16 state bills promoting religion through the government. Over several days, voters could choose the “Worst State Bill.” 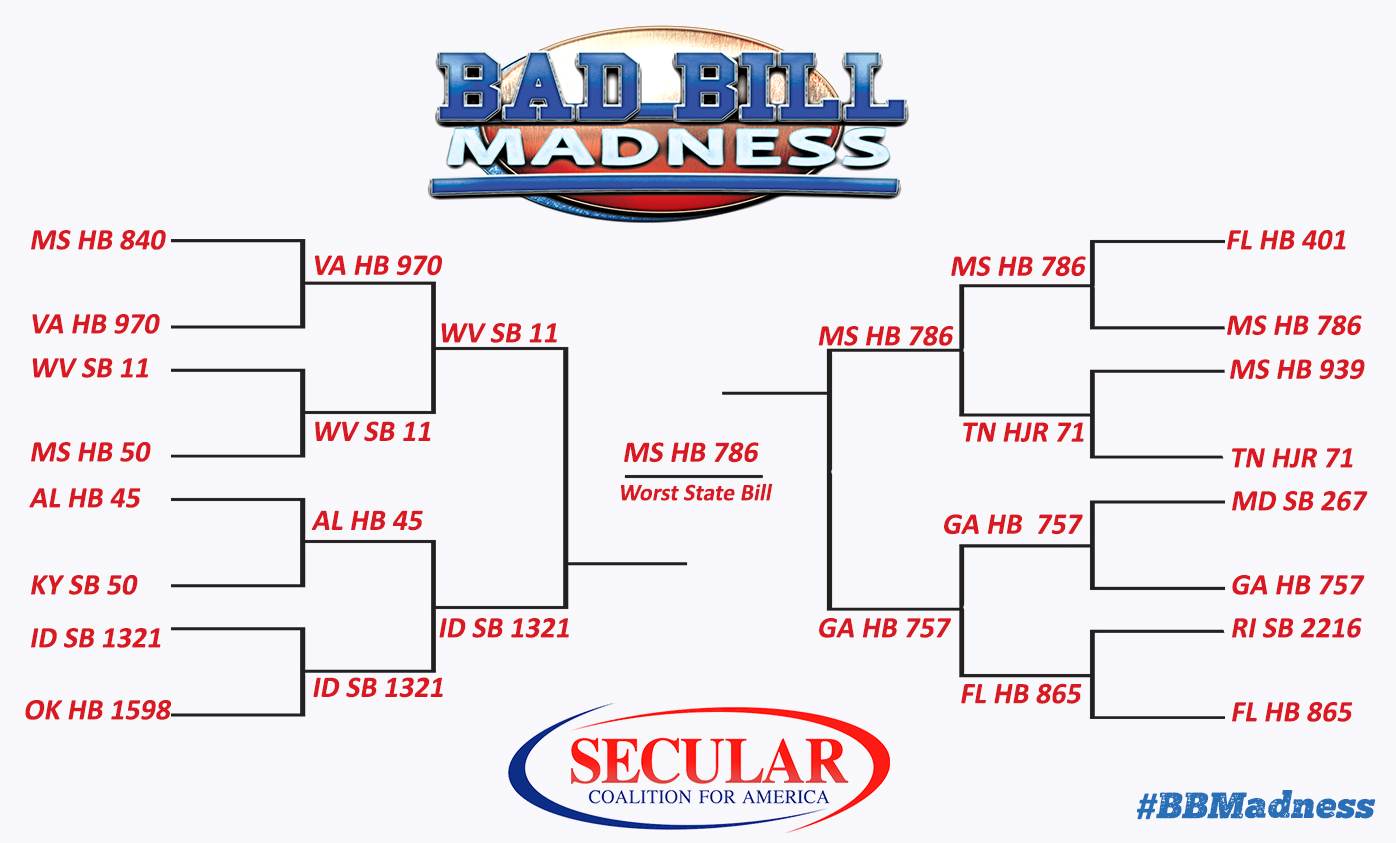 Officially known as the “Mississippi Church Protection Act,” it would allow churches to create a security team with lethal power in order to kill possible intruders. Members of that team would then be “immune from civil liability” in case anything went wrong.

According to the Secular Coalition:

“The ‘Mississippi Church Protection Act’ is well deserving of the title for ‘Worst State Bill.’ This legislation would put ‘soldiers of God’ above the law, allowing them to act as judge, jury, and executioner,” said Larry T. Decker, Executive Director of the Secular Coalition for America. “Religious institutions are already exempt from taxation, financial transparency, and many civil rights laws. The Mississippi Church Protection Act would constitute an unprecedented and dangerous next step. Belonging to a church should not afford anyone the same rights and protections as law enforcement. This legislation emboldens extremists by creating a legal means for radical preachers to enlist their congregants into ‘God’s army.’”

And one more thing: The bill would apply to any church-sponsored event in Mississippi where firearms are not already prohibited. Church picnic at a public park? The security team can be there with guns at the ready.

Congratulations, Mississippi. You’re the winner. By which I mean you found a new way to embarrass yourself.

***Update***: This bill just passed in the Senate today. Given that Governor Phil Bryant is a Republican, it’ll likely become law.

All the more reason to avoid church.

(This article was edited since the initial posting to make clear that the bill doesn’t just apply to threats inside the church walls.) 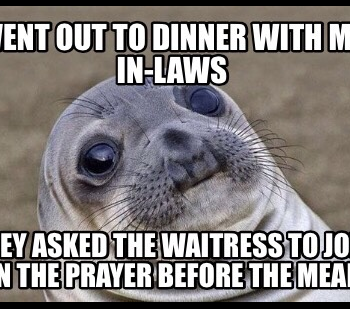 March 29, 2016
Some Christians Now Ask Waitstaff To Pray With Them Over the Meal
Next Post