We know anti-refugee sentiment in the U.S. is strong (unless , of course, the refugees are Christian). That’s not news. But the South Carolina Senate is demonstrating just how far it’s willing to go to prevent people who don’t share that sentiment, and it’s eye-opening. 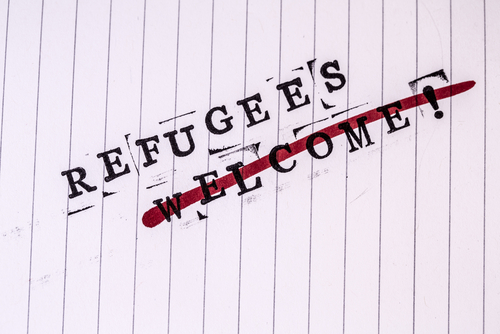 The bill, if passed by the South Carolina House and signed into law by Gov. Nikki Haley, would require refugees’ sponsors to register them in a database maintained by the state’s Department of Social Services. It would also impose strict liability on a refugee’s sponsor if the refugee, at some point in the future, commits a terrorist or criminal act.

This is essentially treating people like deadly weapons based on their country of origin (and, let’s be honest, faith). If you proposed a registry for actual deadly weapons, you’d have chaos on your hands. People would revolt under the suspicion that comprehensive background checks for guns might somehow turn into a registry.

But one for people? Sure! Why not? That’ll keep us safe!

The chief supporter of the bill said the goal is to keep South Carolina safe from the kinds of attacks carried out this week in Belgium and recently in California and Paris.

“We can make South Carolina out of the 50 states the most unwelcome state for refugees,” said state Sen. Kevin Bryant, a Republican from Anderson.

Not only would this create a registry of human beings who have not committed any crimes, it would also penalize anyone sponsoring refugees for crimes they may potentially commit in the future. That means people who open up their arms out of kindness could be held responsible for what those refugees may do in the future, even when there’s no longer a direct link to each other. Even parents don’t face that sort of penalty for what their kids do.

A second provision would hold any refugee sponsor strictly liable if the refugee at some point in the future “acted in a reckless, willful, or grossly negligent manner, committed an act of terrorism” or a violent crime “that resulted in physical harm or injury to a person or damage to or theft of real or personal property.” They would be required under the bill to pay civil damages to anyone injured by such an act, apparently committed at any time in the future, by a refugee. An earlier version of the bill would have held the sponsors liable only for negligence. The adoption of the strict liability standard, which would impose liability without a finding of fault, has alarmed refugee advocates, who also say it is unclear whether churches who co-sponsor a refugee would be held liable under the bill.

This is a compromise from earlier versions of the bill which would have made the registry publicly available — a compromise that actually won support from some Democrats.

The bill passed 39-6. Some Democrats supported the measure after Bryant agreed to remove a requirement that no state money be spent on refugees — including funds to educate their children. Bryant also removed a provision that would make the registry public after many lawmakers worried that would threaten the safety of the refugees.

When we discuss treating refugees like accused criminals making bail… well, no wonder Ted Cruz can openly suggest patrolling and securing Muslim American neighborhoods without any fear that it will harm his campaign.