He tries to address the many criticisms of HB2 that have erupted since its passing but fails miserably. 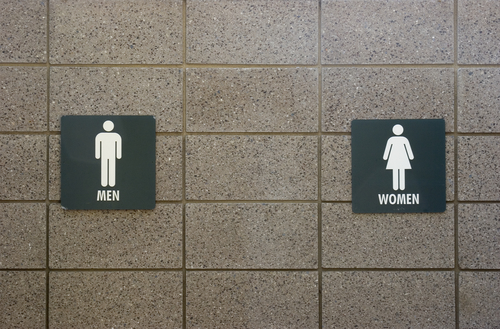 There are 18 points on his list, but for the sake of time, let’s assume they’re all outrageous and hone in on the most egregious claims:

Does the new bill limit or prohibit private sector companies from adopting their own nondiscrimination policies or practices?

Answer: No. Businesses are not limited by this bill. Private individuals, companies and universities can adopt new or keep existing nondiscrimination policies.

This is a moot point. Private institutions have always had the right to govern themselves as they wish, and as Joe Jervis wrote, “the companies that would do so have never been the fucking problem.” What we’re worried about is people in public places, going about their lives, constantly afraid of being kicked out for the “crime” of living as their true self.

Does this bill take away existing protections for individuals in North Carolina?

Answer: No. In fact, for the first time in state history, this law establishes a statewide anti-discrimination policy in North Carolina which is tougher than the federal government’s. This also means that the law in North Carolina is not different when you go city to city.

False. Egregiously false. This law overturned non-discrimination protections for LGBT people in eight municipalities in North Carolina. What is that if not taking away protections?

Answer: Yes. This bill allows and does nothing to prevent businesses, and public or private facilities from providing single use bathrooms.

That’s true, but the bill also does nothing to prevent businesses from banning transgender people from using the bathrooms they choose if single-use bathrooms are not available. There are several other questions on the list that ask whether or not private businesses, private facilities, etc. are allowed to protect LGBT people. That’s not the problem. The problem is that LGBT people in the public are not protected and no action will be taken against the private businesses that do discriminate.

Does this law prohibit towns, cities or counties in North Carolina from setting their own nondiscrimination policies in employment that go beyond state law?

Answer: No. Town, cities and counties in North Carolina are still allowed to set stricter non-discrimination policies for their own employees if they choose.

Key word: Employees. As it stands, an LGBT individual could still be kicked out of a restaurant for holding her partner’s hand.

Does this bill mean transgender people will always have to use the restroom of the sex of their birth, even if they have undergone a sex change?

Gender confirmation surgery (a “sex change”) is not universally accessible. It’s prohibitively expensive for many, many transgender people, and many other people just don’t want to have it. This should not be the standard we use to decide whether people are treated with common decency and respect. Also, do we expect trans people to carry their birth certificates around as proof of gender?

Answer: Absolutely not. North Carolina law specifically prohibits bullying and harassing behavior against children on the basis of sexual identity.

Of course this affects transgender students. It’s highly, highly unlikely that transgender students will have had gender confirmation surgery, meaning their birth certificate will not match their gender identity, meaning they will have no choice but to use the school restroom that does not fit their true gender. This makes them automatic targets for bullying, harassment, and even assault.

Why did North Carolina pass this law in the first place?

Answer: The bill was passed after the Charlotte City Council voted to impose a regulation requiring businesses to allow a man into a women’s restroom, shower, or locker room if they choose. This ordinance would have eliminated the basic expectations of privacy people have when using the rest room by allowing people to use the restroom of their choice. This new local regulation brought up serious privacy concerns by parents, businesses and others across the state, as well as safety concerns that this new local rule could be used by people who would take advantage of this to do harm to others.

This just shows the fundamental wrongness of this law.

Charlotte’s measure would not have allowed “men in women’s restrooms” because transgender women are not men. On the contrary; this new law will actually force transgender men to use women’s bathrooms, a bizarre irony that has not been lost on trans men (and women) themselves. As for the privacy concerns: assault and sexual harassment are always illegal. They can happen regardless of a person’s genitals OR gender identity. And a person who wants to commit a crime will likely do so regardless of the law. This bill does nothing new to protect against those problems.

Why did the Legislature call a special session to overturn the bathroom ordinance?

Answer: The new Charlotte ordinance, which would have required all businesses to change their restroom policies and take away the expectation of privacy people have when using the restroom, was going to go into effect on April 1 if no action was taken.

Translation: Anti-LGBT people were terrified of what would happen when transgender people used the bathrooms that matched their gender identity (which they were likely already doing). Transphobia alone put this bill on the fast track.

McCrory’s attempt to assuage our fears about this law is woefully misguided. There’s a reason why politicians, sports organizations, major corporations, and so many others have spoken out against the law and even threatened to remove their ties to North Carolina.

This halfhearted explanation of the bill doesn’t help matters. If anything, it just confirms the worst fears of LGBT advocates and their allies.