I love that. “To those celebrating.” It’s a perfect way to acknowledge the holiday without necessarily promoting it. Clinton certainly didn’t alienate anyone with that remark.

President Obama wished everyone a Happy Easter with a picture of his family: 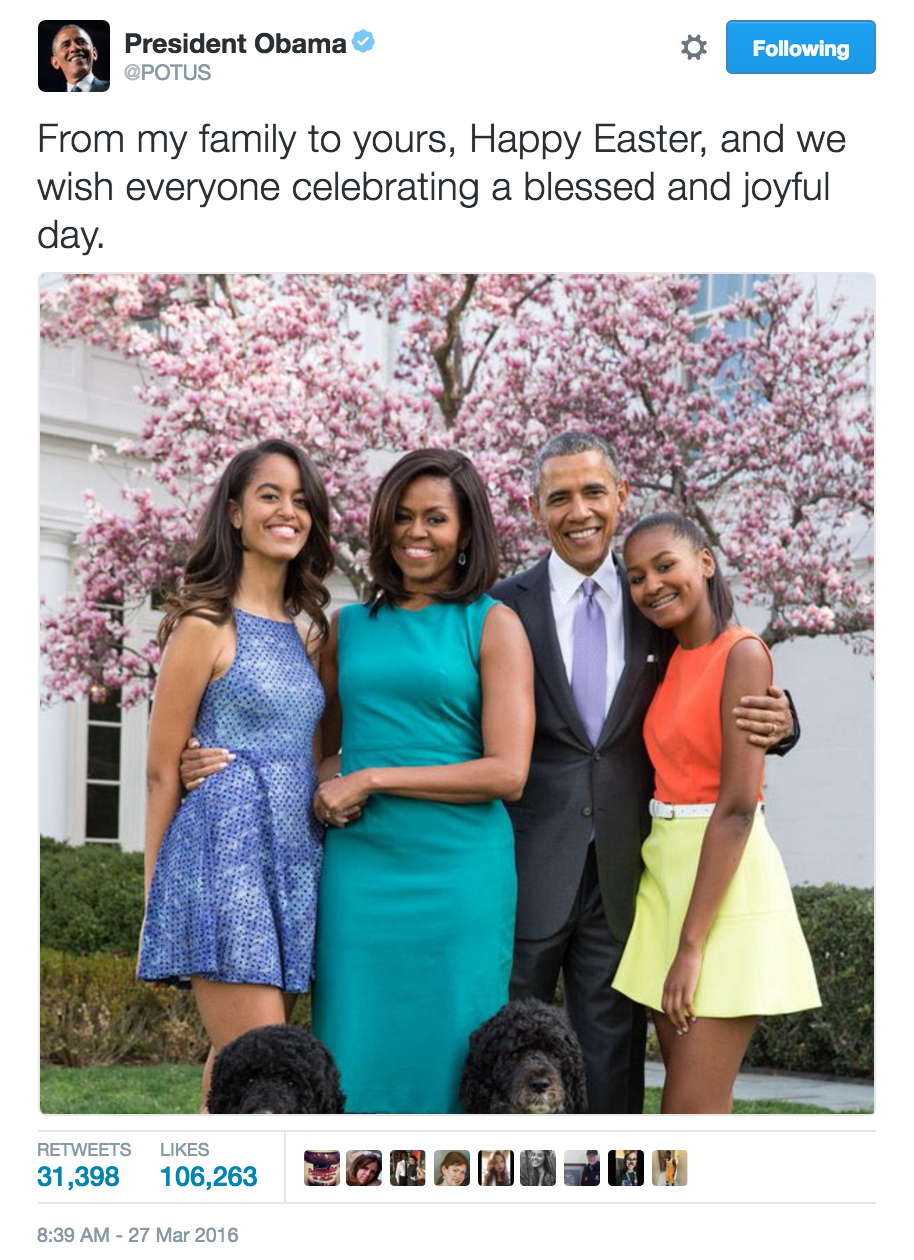 Again, nothing really problematic about this. It’s an adorable picture of the family and his statement hardly suggests a promotion of Christianity.

Now look at what North Carolina Governor Pat McCrory did. Fresh off of a week when he passed a law banning LGBT non-discrimination protections and preventing transgender individuals from using the bathrooms that correspond with their appropriate gender, he wasn’t done putting faith-based irrationality above the law: 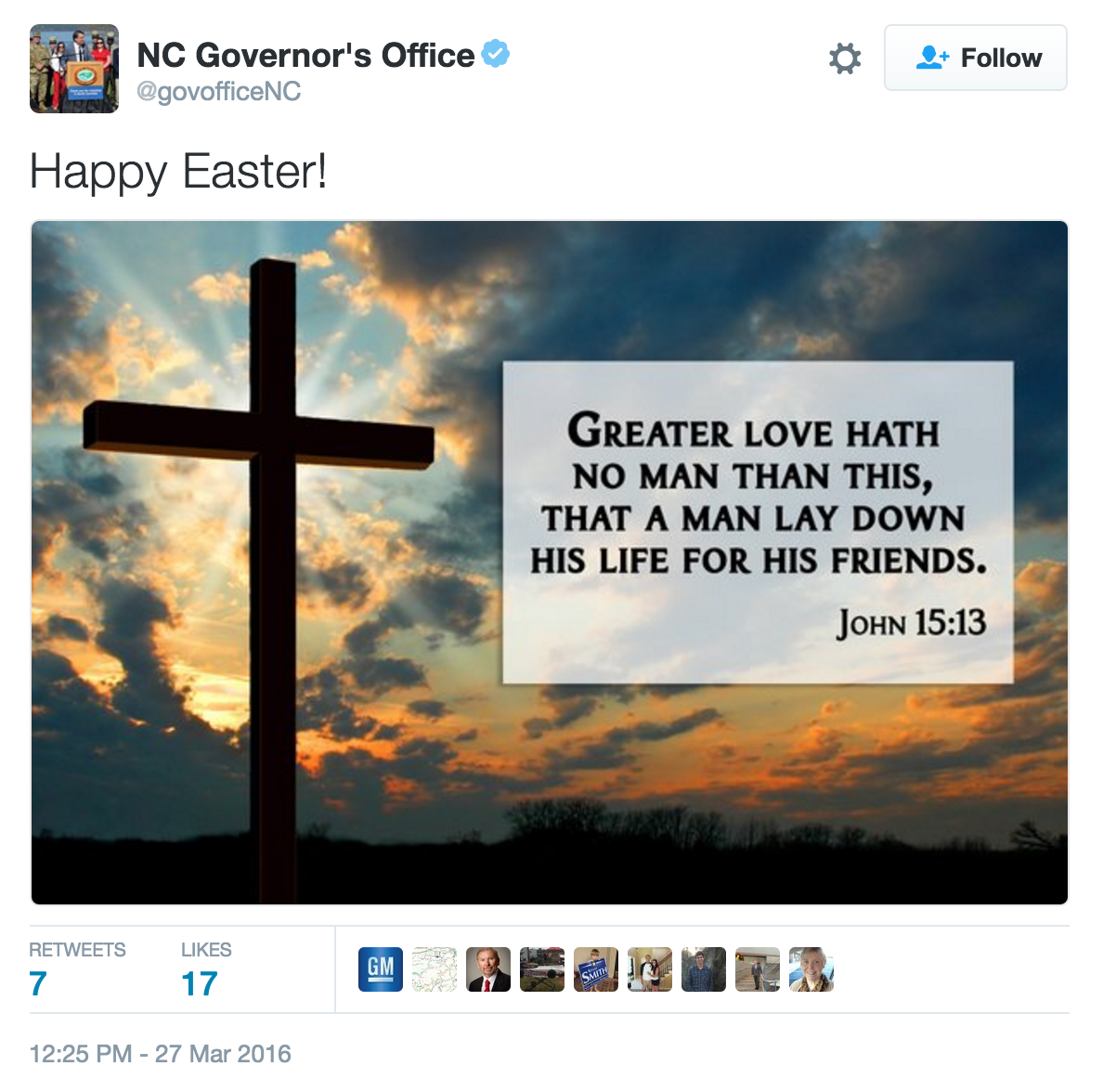 It’s not just a “Happy Easter.” It’s a Bible verse and a picture of a cross. We already know McCrory doesn’t give a damn about LGBT people. Here’s a signal that he also doesn’t give a shit about Jews, Muslims, Hindus, atheists, and everyone else in the state who doesn’t share his faith.

He didn’t do this from his personal account, where it would be acceptable. He did it from the account of his office, suggesting this is government promotion of Christianity.

Obviously, it’s not as big of a deal as the awful legislation he passed. But it’s just more evidence that he values his personal faith over the Constitution. If that’s the case, he should become a priest, not run a state.

(Thanks to Corey for the link)

March 28, 2016
A Third Compilation of Lawrence Krauss' Best Arguments and Retorts
Next Post

March 28, 2016 North Carolina Gov. Pat McCrory Attempts (and Fails) to Clarify New Anti-LGBT Law
Browse Our Archives
What Are Your Thoughts?leave a comment