Before the Wisconsin Primaries, “I’m an Atheist and I Vote” Billboards Go Up Around Madison March 28, 2016 Hemant Mehta

Before the Wisconsin Primaries, “I’m an Atheist and I Vote” Billboards Go Up Around Madison

When the Wisconsin primaries take place next Tuesday, April 5, candidates who visit Madison will see these billboards reminding them that atheists vote and shouldn’t be ignored: 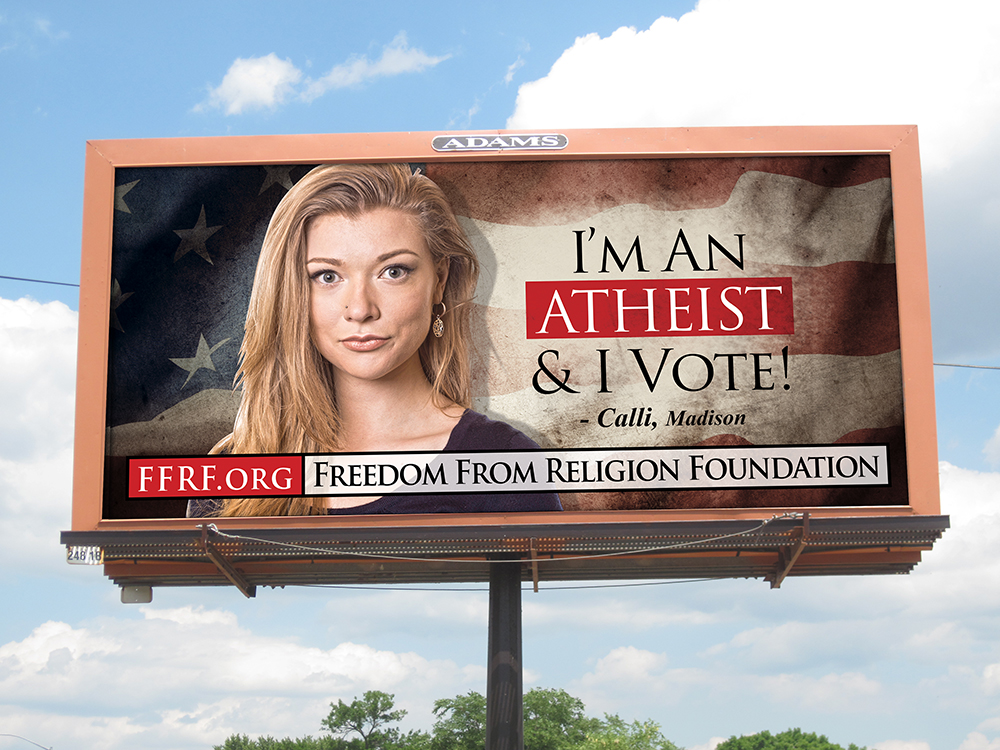 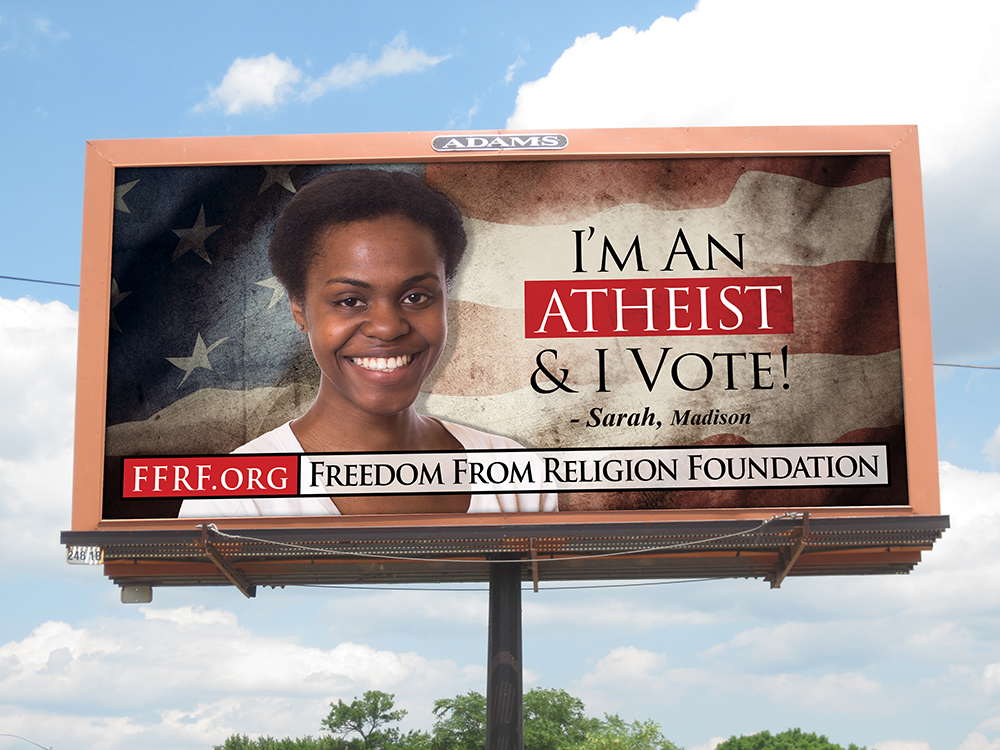 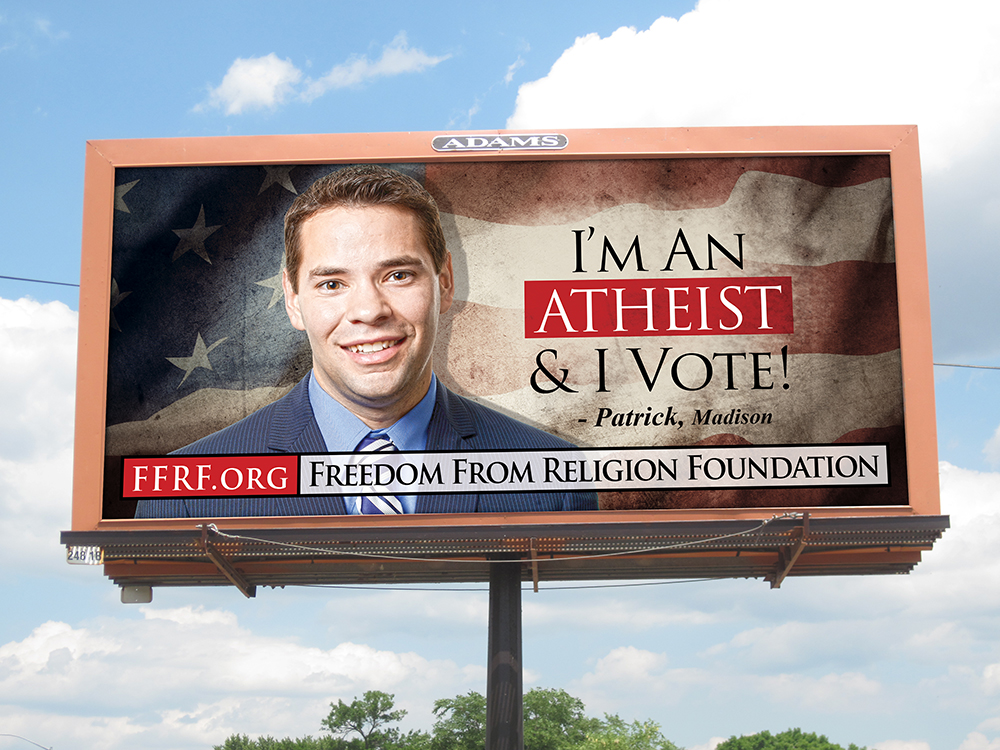 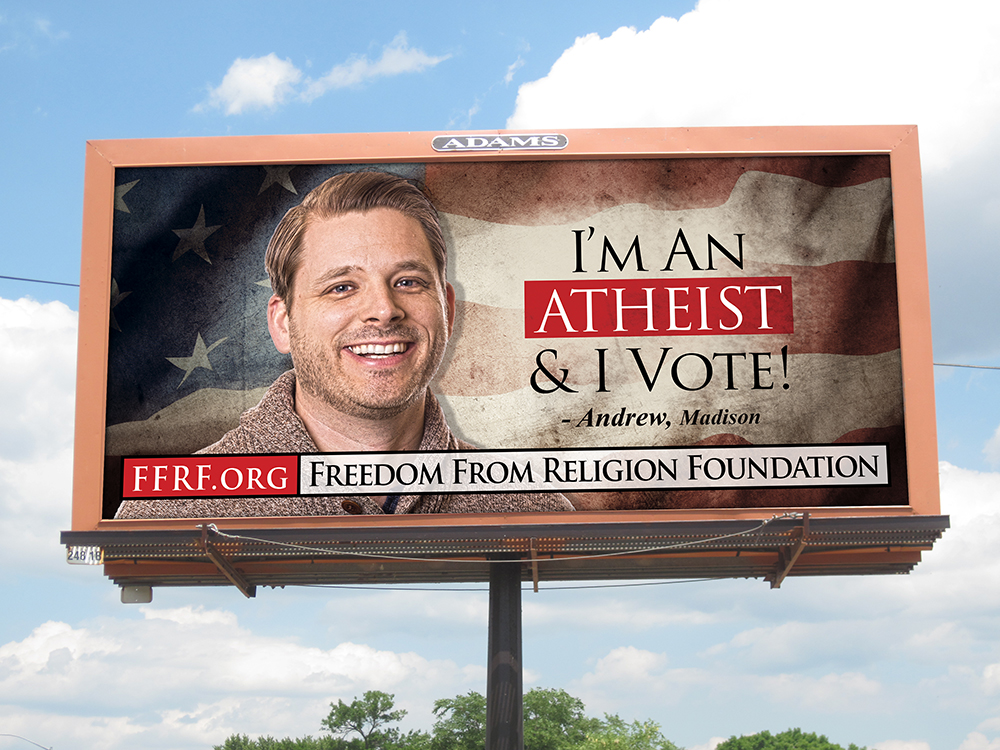 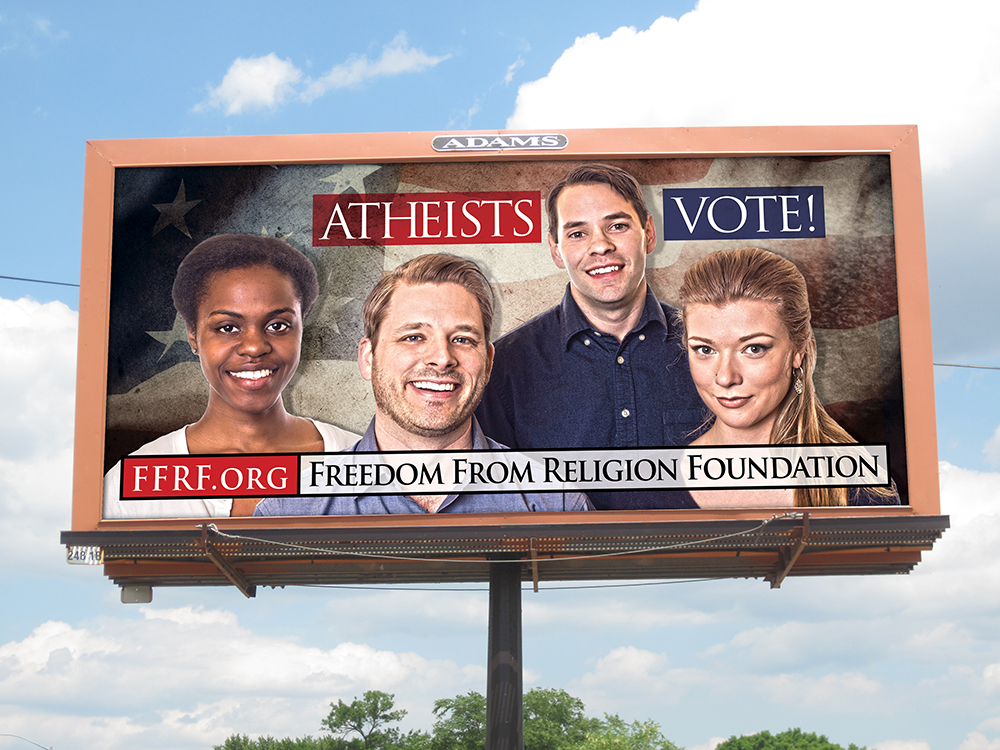 The people on those billboards are Freedom From Religion Foundation staff members or local students.

“Secular voters are highly educated and independent-minded,” said FFRF Co-President Annie Laurie Gaylor. “They care deeply about women’s rights, environmental protection, marriage equality, and social justice, and candidates should be reaching out to them directly.”

“Madison is a very secular city, and we want the candidates to acknowledge our presence and priorities,” said Calli Miller, a graduate of UW-Madison who is working as an FFRF legal assistant. “Candidates should acknowledge secular voters as the fastest-growing minority group in America, while committing to keep religion out of government.”

That shouldn’t be a problem for Bernie Sanders or Hillary Clinton. But Ted Cruz acts like the Bible and the Constitution are (or should be) the same document.

These billboards shouldn’t be controversial, but that’s never stopped people from complaining before. I’m fully expecting someone to claim FFRF is breaching church/state separation with these signs, though they’d be wrong about that: FFRF isn’t endorsing a candidate, merely reminding all of them that there are a lot of voters who want to keep religion out of politics. The Christian Right does the opposite all the time. It’s about time there’s a response to that.

March 28, 2016
Georgia Governor Vetoes Anti-LGBT Bill, but the State Has a Long Way to Go
Next Post 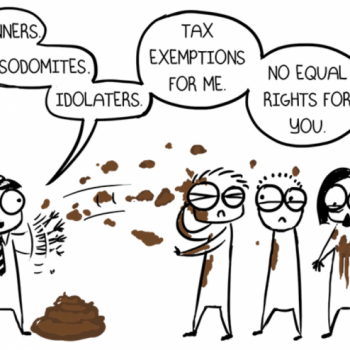 March 28, 2016 Religious Persecution in a Nutshell
Browse Our Archives
What Are Your Thoughts?leave a comment