When the Tribeca Film Festival takes place a month from now, it’ll include a movie called Vaxxed: From Cover-Up to Catastrophe. It’s essentially an anti-vaccination propaganda film. 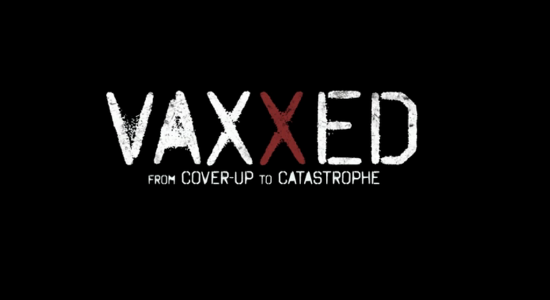 The director of the 91-minute documentary is Andrew Wakefield, the researcher whose fraudulent paper (later retracted by The Lancet) led to the belief that vaccines cause autism.

The film appears to center around claims from “CDC whistleblower” William H. Thompson, a scientist who told Brian Hooker, a bioengineer and anti-vaccine crusader, that the CDC manipulated data in a 2004 study that found no link between vaccines and autism.

Hooker then used a variety of statistical techniques that have been widely questioned by other scientists to “reanalyze” the data, and claimed to discover an association between the MMR vaccine and autism in African-American boys. The paper was criticized and retracted from the journal that published it.

It makes you wonder: What the hell are the organizers at Tribeca thinking?

The filmmakers have every right to make whatever movie they want — there are plenty of documentaries that don’t tell you the real story — but by showing it at Tribeca, the film is getting an undeserved stamp of approval from a respected festival. It’s the same sort of unearned credibility Wakefield got from The Lancet when they published his original paper.

In a statement to the L.A. Times, a spokeswoman for the festival said: “Tribeca, as most film festivals, are about dialogue and discussion. Over the years we have presented many films from opposing sides of an issue. We are a forum, not a judge.“

But there aren’t “opposing” sides to this issue. There’s an objectively accurate one — which says no link has ever been found between vaccines and autism — and there’s the bullshit promoted by Wakefield that has been repeatedly debunked by scientists.

Just look at the description of Wakefield on Tribeca’s website to see how biased all of this is:

Andrew Wakefield, MB.BS., is an academic gastroenterologist who practiced medicine at the Royal Free in the U.K. publishing over 140 scientific papers. In 1995, he was contacted by parents of autistic children with stomach issues; he learned that these conditions often occurred immediately following an MMR vaccine. In pursuit of this possible link, Dr. Wakefield led an initial study of twelve children with both stomach and developmental issues. The report, published in The Lancet, would catapult Wakefield into becoming one of the most controversial figures in the history of medicine. Vaxxed: From Cover-up to Controversy is his second film.

There’s nothing in there about how his theory is discredited, how he committed fraud in that report, and how he had his medical license taken away.

They also don’t tell you what The Lancet later said about his paper:

“It has become clear that several elements of the 1998 paper by Wakefield et al. are incorrect, contrary to the findings of an earlier investigation. In particular, the claims in the original paper that children were ‘consecutively referred’ and that investigations were ‘approved’ by the local ethics committee have been proven to be false. Therefore we fully retract this paper from the published record.”

There’s supposed to be a panel discussion about the film following the screening, but the panel doesn’t include a single vaccine expert who represents the scientific community. I’m surprised the moderator isn’t Jenny McCarthy.

I’m all for provocative, even offensive films that are well made and further discussion. But what does this movie add to the vaccination debate? It’s not a film about how Wakefield duped gullible parents into harming their children and communities. It’s a film that (apparently) makes a connection that just doesn’t exist.

What else is Tribeca screening? A movie by Mark Regnerus about how gay parents aren’t as good as straight ones? How about a film about how President Obama was born in Kenya? Or one saying the Holocaust didn’t happen?

At what point do you say, “You have a right to believe that nonsense, but we don’t have to amplify your voice”?

Robert De Niro, the actor who co-founded the Festival, made things worse when he defended the film’s screening on Facebook:

“Grace and I have a child with autism and we believe it is critical that all of the issues surrounding the causes of autism be openly discussed and examined. In the 15 years since the Tribeca Film Festival was founded, I have never asked for a film to be screened or gotten involved in the programming. However this is very personal to me and my family and I want there to be a discussion, which is why we will be screening VAXXED. I am not personally endorsing the film, nor am I anti-vaccination; I am only providing the opportunity for a conversation around the issue.”

Again, the only conversation that’s possible to have with this film is whether Wakefield’s research is legitimate. It’s not. We know this. By giving his film a boost, Tribeca organizers are suggesting he has an opinion worth listening to — it’s a belief that has already led to the deaths of thousands of people around the world.

Wakefield is welcome to post the film online or market it himself. But to help him promote it without simultaneously denouncing it? That’s just awful judgment. This isn’t a “free speech” issue. It’s a question of what films Tribeca believes are worthy of selection into its festival. If they’ll take this one, what does that tell you about the quality of all the other ones?

De Niro may not be anti-vaccination, but his actions show that he believes it’s a subject worth debating. That alone is a disturbing commentary on how far Wakefield’s lies have traveled.

March 26, 2016
For Easter, There's a Display Honoring Obi-Wan Kenobi in the Wisconsin State Capitol
Next Post

March 26, 2016 Who Needs Drivers Ed? Irish Priests Will Bless the Roads to Improve Safety
Browse Our Archives
What Are Your Thoughts?leave a comment