In probably false (please, please, please let it be false!) news, the National Enquirer is claiming that Ted Cruz carried on multiple affairs while married. The reasons to believe this is pure bunk are pretty overwhelming. First, it involves multiple women willingly involving themselves with Ted Cruz. Then there’s also the whole “it comes from the National Enquirer” thing (though the same publication correctly broke the John Edwards affair story in 2007).

This lack of believability, though, hasn’t stopped some the Twitterverse from contemplating the possibilities — with the requisite horror it entails.

There was concern for the “survivors”:

General horror at the idea:

Attempts to put this in context in our current political landscape: 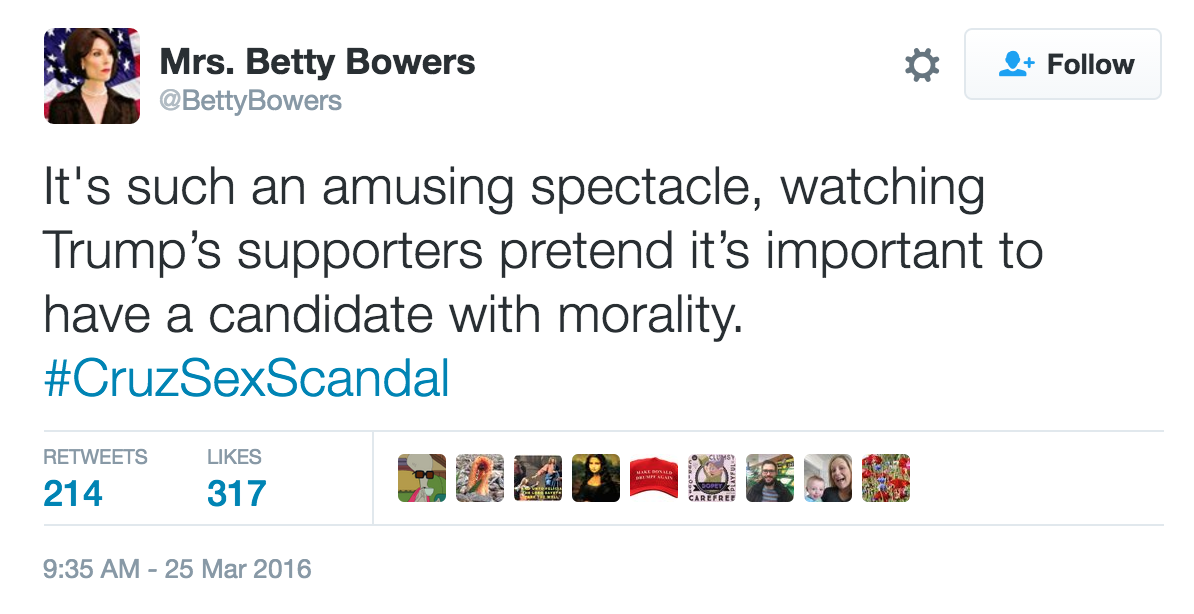 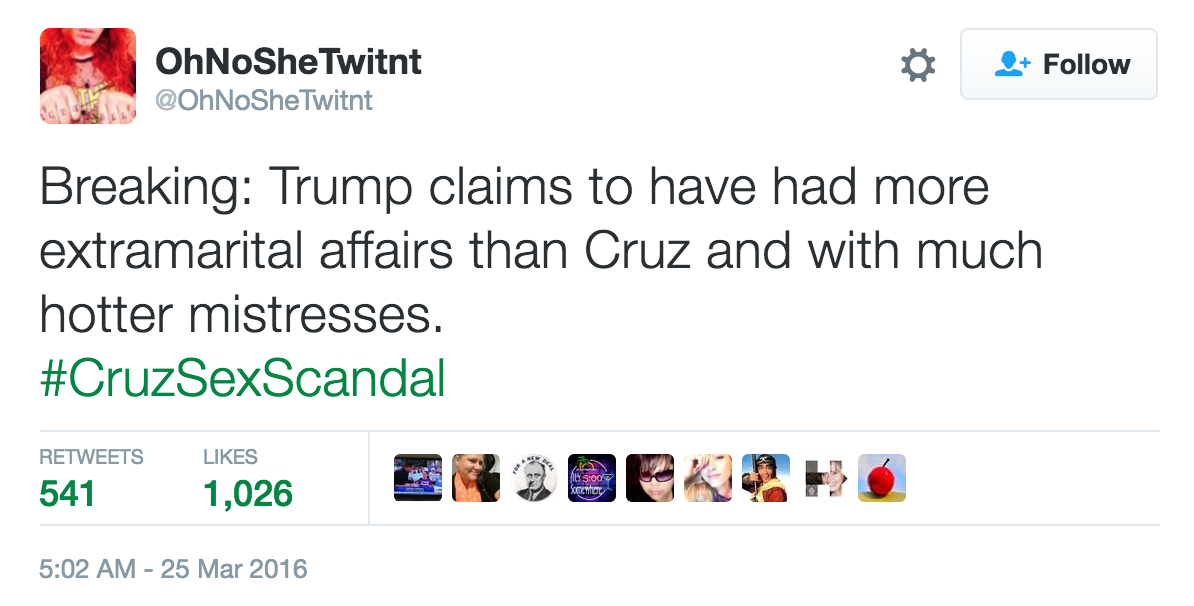 And lots and lots of general hilarity: 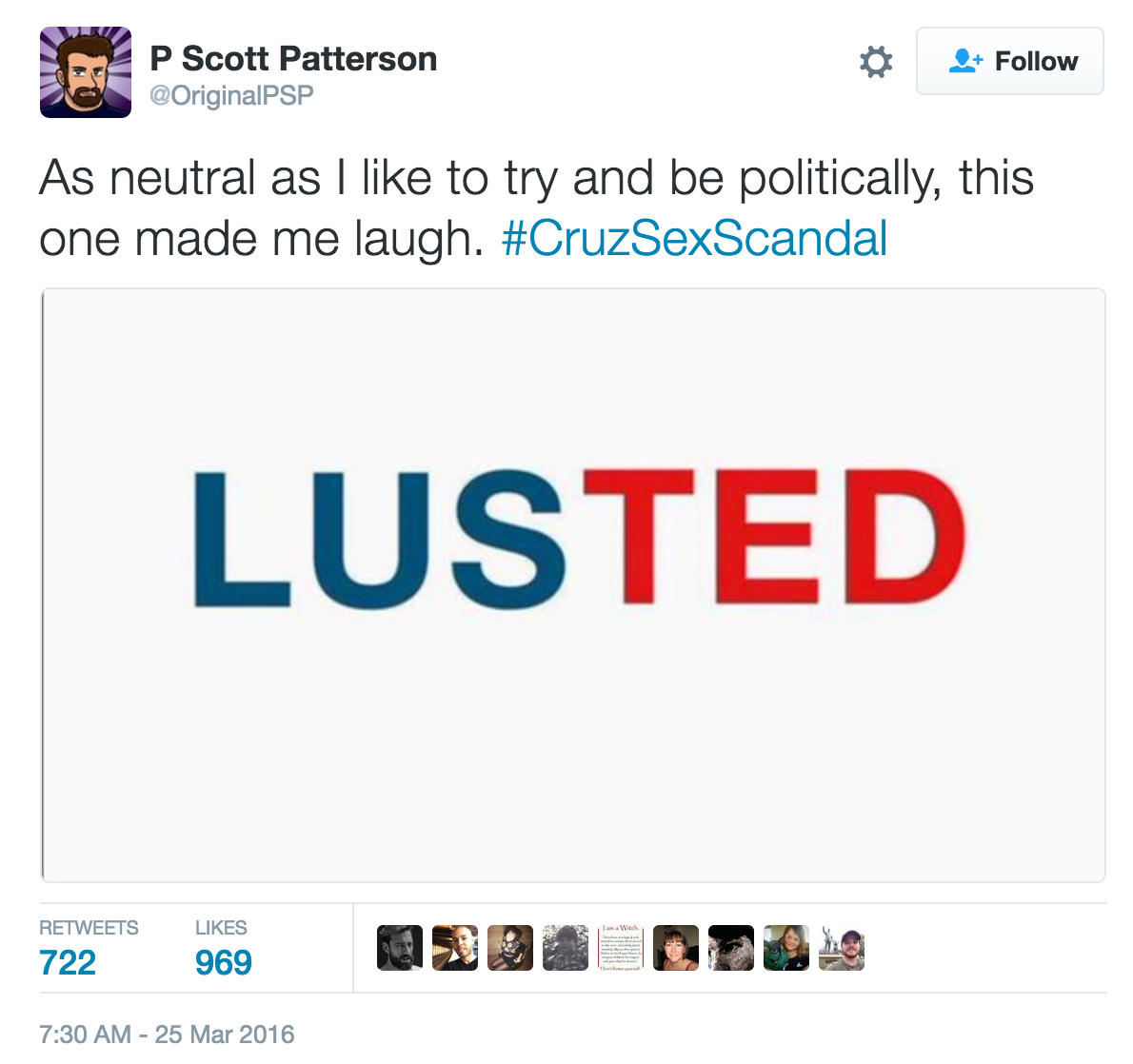 In a campaign season where candidates are actually discussing each other’s penis size, who has the hotter wife, etc., this was probably bound to happen. I suppose being able to laugh at it is important. After all, coping mechanisms can ease the pain, if nothing else, of seeing the dignity of our democracy die a slow, painful death.

March 25, 2016 If They Kept the Embarrassing Bits In, the Bible Must Be True!
Browse Our Archives
What Are Your Thoughts?leave a comment