This Self-Proclaimed Prophet Can Raise the Dead… for a Price March 24, 2016 Rachel Ford

This Self-Proclaimed Prophet Can Raise the Dead… for a Price

The Bible is full of stories about prophets and their various adventures. One of my all-time favorites? The story about Elisha, the prophet who totally-didn’t-abuse-his-direct-hotline-to-God that time when he called bears out of the woods to maul forty-two kids who called him “baldy.”

At any rate, when the prophets weren’t implementing radical new approaches to juvenile delinquency rehabilitation, at least their prophet-ing didn’t involve profiteering. Not so today. Prophet Yakim Manasseh Jordan, for example, has already amassed himself quite a fortune, thanks to the faithful. 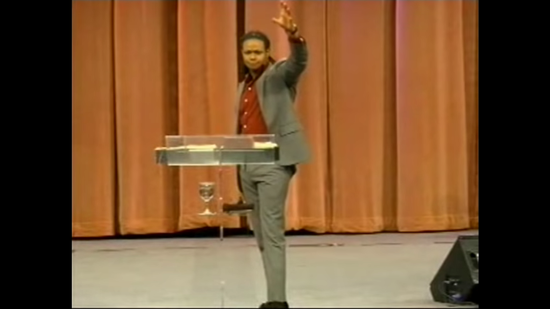 Manasseh Jordan Ministries is a 501(c)(3) public charity, and as such, the IRS doesn’t require Jordan to disclose how much he earns, nor does it collect taxes on the income. It’s enough, however, to fund a “lavish lifestyle” that includes multimillion-dollar homes and a fleet of luxury cars, according to the newest civil complaint filed against him.

And God is good. Jordan’s most current listed addresses include a $2 million luxury condo on Sunny Isles Beach and a $4 million waterfront mansion in North Miami Beach, Florida.

Not that Prophet Jordan hasn’t earned every penny of that money. On the contrary, it’s a small price to pay for the miracles he’s performed, including resurrections and future-telling.

For $1,000 from “the Johnson family” in Texas, Jordan brought a woman named Glenda back to life. “When he got outside the hospital he called and said your mother that died a couple of hours ago came back to life,” he told a room full of believers.

Also in Texas, Jordan relayed the story of Kathy, who for $2,000, also came back to life after hearing the voice of the prophet.

The gift of prophecy seems to run in the family (and, with it, the ability to cash in). Jordan’s father has the same remarkable talents:

Jordan’s own father, Bishop Bernard Jordan, is a “master prophet” known for inviting church members to litter church altars with dollar bills. At one event, he invited congregants struggling with financial hardships to raise their purses to the heavens, then open and speak into the empty billfolds, “Shift is happening.” The elder Jordan then demanded that to see the shift, an offering should be made, and $50 would do just fine. The parishioners lined up, the music swelled with women singing “Shower down, Lord,” some people made change, and to those for whom parting with such a sum might leave a grimace on their face, he reminded them, “God loves a cheerful giver!”

All I can say is, reading about these two faithful shepherds of the Lord’s congregation brings to mind the famous Hitchens quote on the topic:

Shepherds don’t look after sheep because they love them — although I do think some shepherds like their sheep too much. They look after their sheep so they can, first, fleece them and second, turn them into meat. That’s much more like the priesthood as I know it.

At least they’re expanding their skills. The younger Jordan has apparently added “resurrect them so the giving process can start all over again” to his repertoire.