Dinkoism, a Parody Religion Centered Around a Mouse God, is Gaining a Following in India March 24, 2016 Hemant Mehta

Dinkoism, a Parody Religion Centered Around a Mouse God, is Gaining a Following in India

An Indian version of the Flying Spaghetti Monster is getting a lot of attention lately.

That’s because last Sunday marked the first ever gathering in honor of Dinkan, an old cartoon character popular in Kerala, India. And who is Dinkan? He’s a Mighty Mouse ripoff who doubles as the deity of a parody religion: 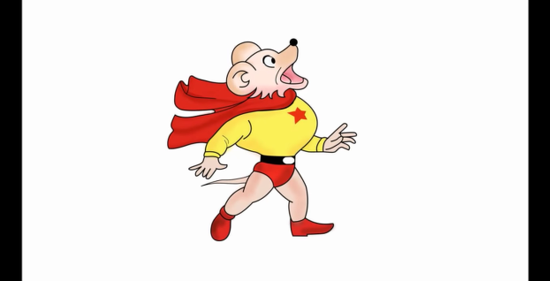 Dinkoism has all the trappings of the organised religions it parodies — a holy book, devotional songs, priests, faith healers, symbols and even a militant arm to counter attacks from other religions. The idea is to expose the absurdity of most religious beliefs through exaggeration.

The convention brought together 500 followers to discuss the theology of Dinkan — which is no less sophisticated than many traditional religions:

The Dinkoists are a group of people that challenge superstition and religious orthodoxy, no matter what religion. They are very popular in social media for trolling superstition-ridden religious fundamentalists.

They were asked about the Dinkoist concept of heaven. “Why should we look for another heaven when we can make heaven on Earth through good acts?” one Dinkoist said.

Dinkoism has no temples. All places where followers gather to discuss and debate creatively are called Dinkalayams, or the abode of Dinkan, they said.

Makes as much sense as any other faith and it seems to do far less harm.

I could get on board with this.

(Screenshot via YouTube. Thanks to Vijay for the link)

March 24, 2016
Constitution Park in Connecticut at the Center of an Atheist's First Amendment Lawsuit
Next Post