Richard Dawkins Will Not Be Able to Attend the Reason Rally Due to Health Concerns March 23, 2016 Hemant Mehta

Richard Dawkins, one of the headliners for the upcoming Reason Rally, announced today that he won’t be able to attend the gathering due to his ongoing health concerns. 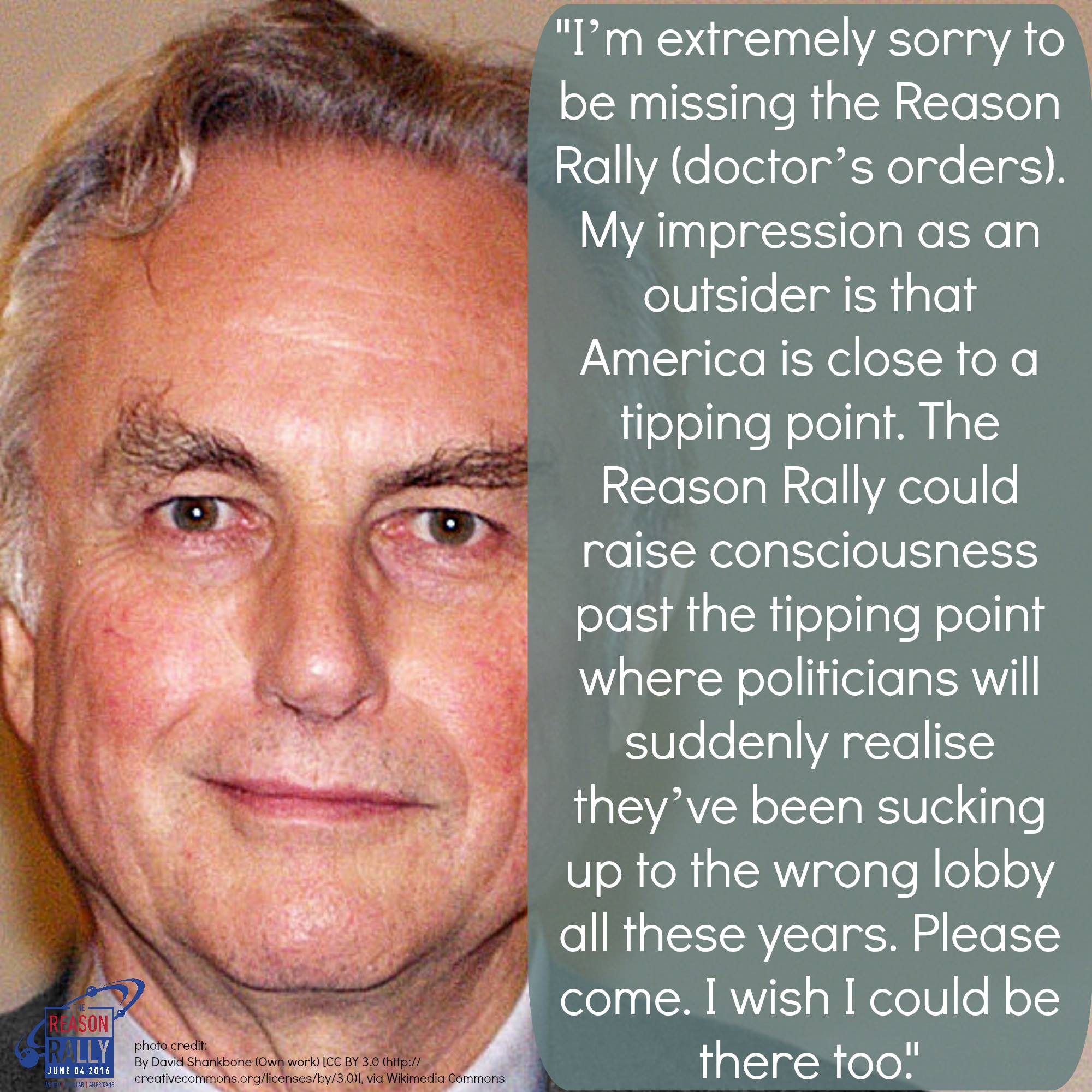 I’m extremely sorry to be missing the Reason Rally (doctor’s orders). My impression as an outsider is that America is close to a tipping point. The Reason Rally could raise consciousness past the tipping point where politicians will suddenly realise they’ve been sucking up to the wrong lobby all these years. Please come. I wish I could be there too.

I wish I could say he’ll be there in spirit, but… you know.

He had a minor stroke in early February that prevented him from going on a speaking tour, but it was unclear how serious the problem was despite doctors telling him he would have a full (or near-full) recovery.

Dawkins’ 75th birthday is on Saturday.