One of the problems with surveys about religion is that atheists tend to be lumped in with a lot of other people who believe in God but have no religious affiliation. We’re all the “Nones.” We’re all unaffiliated. That might be a helpful designation in certain contexts, but there are so many differences between atheists and believers within that category that combining our numbers means overlooking a lot of interesting data.

A new report by the Pew Research Center dealing with religion and gender actually teased out some data for atheists. You won’t be surprised to hear this, but at least in the U.S., there’s more than a 2:1 margin of male to female atheists: 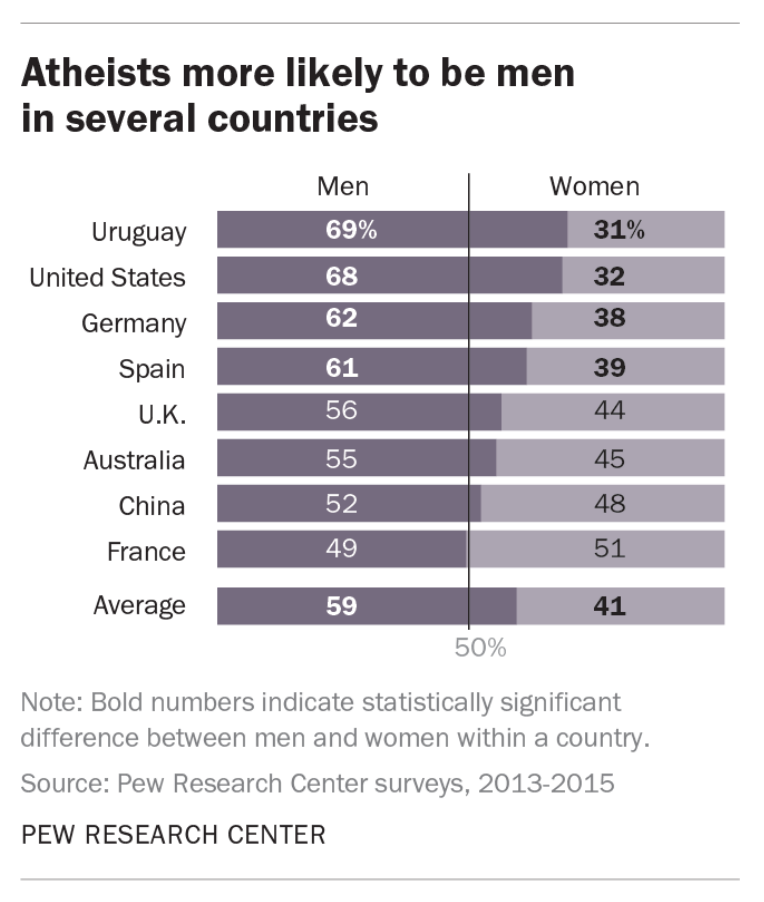 Even when we’re lumped together with the Nones worldwide, there’s a higher percentage of men than women, and the gender gap is wider than in any specific religious group: 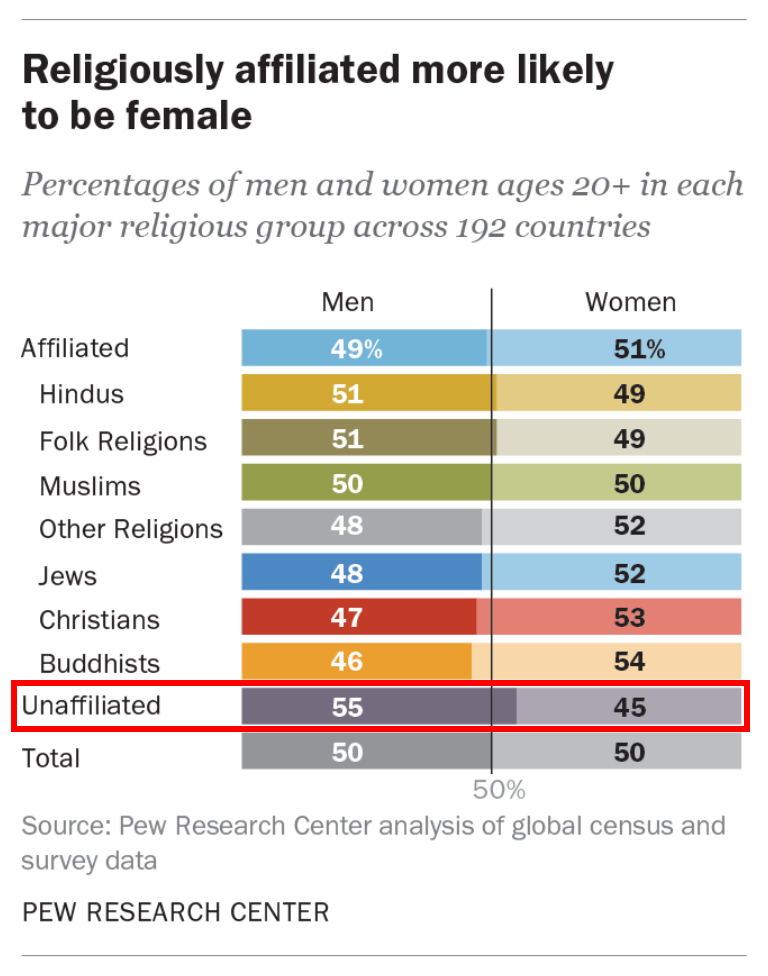 What’s interesting about the numbers for me is that we often talk about the patriarchal nature of certain religious groups — Catholics, Orthodox Jews, Mormons, etc. — where only men are “qualified” to hold certain positions. And yet, in what ought to be the most egalitarian group of them all, the difference is the greatest.

This isn’t new information — people have been discussing this for a long time, trying to figure out if there’s something internal causing this, if there’s something about being non-religious that just attracts more men than women, or whether any of it matters at all. These data won’t settle that debate. It’s certainly illuminating, though.