Judge Sarah Palin? Don’t Mind If I Do…

Sarah Palin could soon be a judge on a reality TV show that, like most shows in the genre, clearly defies the concept of reality.

People magazine announced the news yesterday saying a pilot would be taped with the hopes of being picked up by a network. 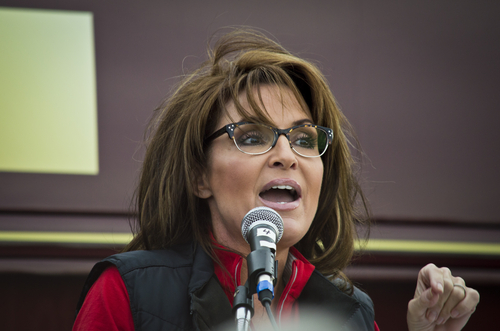 There are comparisons being made to the show Judge Judy, but unlike Judy Sheindlin, who graduated from law school and spent time as a corporate lawyer, prosecutor, and criminal court judge, Palin has no legal experience whatsoever. (Unless getting sued counts.) She also doesn’t read newspapers. (Unless you count “all of them.”) And she isn’t known for her sound wisdom. (Unless… I got nothing here.)

What kinds of cases would she hear? What would happen to people who don’t take an oath on the Bible? What if they’re Muslim? She’s barely qualified to yell, “You are not the father.” Yet there are people who would leave their fates in her hands? Good luck with that…

Let’s hope the series comes with a huge disclaimer that it’s all entertainment with no substance or lasting impact. You don’t even need that in fine print in the closing credits. You could have that listed under Palin’s name as the show opens.

March 23, 2016
Why Bill Nye Was Wrong When He Dismissed Philosophy
Next Post

March 23, 2016 Glenn Beck: God Intends for Mormons to Save the Constitution by Electing Ted Cruz
Browse Our Archives
What Are Your Thoughts?leave a comment