There are roughly a million and one good reasons to oppose a Donald Trump presidency. So what, with so many prime targets, would a conservative anti-Trump super PAC like Make America Awesome go with?

The new Facebook ads feature a photo of her posing nude, with the caption “Meet Melania Trump. Your next first lady. Or, you could support Ted Cruz on Tuesday.” 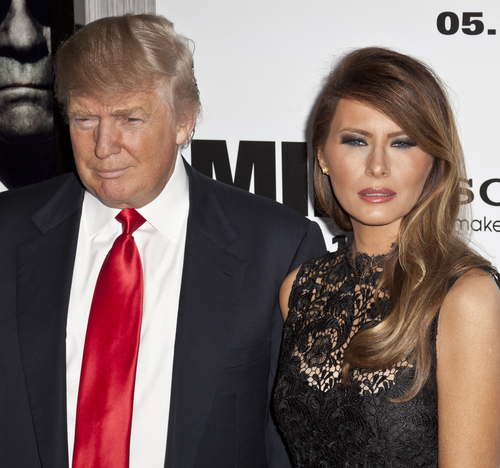 The ads are aimed at the state’s conservative Mormon population in the hopes of motivating Cruz voters to get to the polls. They’re part of a three-ad campaign; one features Mitt Romney while the other hammers Trump on his previous pro-choice support.

The conservative genius behind this exercise in slut-shaming, Republican strategist Liz Mair, considers the ads a great success, saying on Twitter that she’s getting indications that “the ad is working with the target audience, only really irritating existing Trump voters + liberals.”

Furthermore, still getting indicators the ad is working with the target audience, only really irritating existing Trump voters + liberals.

Don’t try to convince her this is demeaning. She believes this is actually all about female empowerment.

Make America Awesome’s Liz Mair objected to the idea that the ad was “slut-shaming” Melania Trump, and also said she objects to the word “slut” in any context. The ad would appeal to Mormon women not because it suggests anything about Mrs. Trump’s sexual proclivities, Mair said, but because Mormon women wouldn’t like the “typical porn/porn-lite” message of “female subservience” in the picture.

“The fact is, the image in the ad — for which Melania Trump apparently willingly posed and has long been widely available online — isn’t objectionable because she’s nude or because it implies she’s ‘promiscuous’ (which, by the way, it doesn’t, though it does suggest she may have bigger hands than Donald),” Mair wrote in an email. “It’s objectionable because in typical porn/porn-lite fashion, it features her handcuffed to a briefcase, looking vulnerable and sends an implicit message of female subservience, as a lot of photos of tethered, naked women produced for male titillation and consumption do. And Mormon women don’t much like that.”

Riiiight. Because an ad that says “Meet your next first lady” and features a nude image is really about vulnerability. By that logic, Mair’s standing up for Melania Trump by attacking her!

No wonder the GOP is having such problems winning over female voters. With advocates like this, who needs political enemies?

***Update***: Donald Trump is aware of the ad and vows to get back at Cruz with some hidden secret about his wife. (Even though Cruz — and certainly his wife — had nothing to do with this ad.) 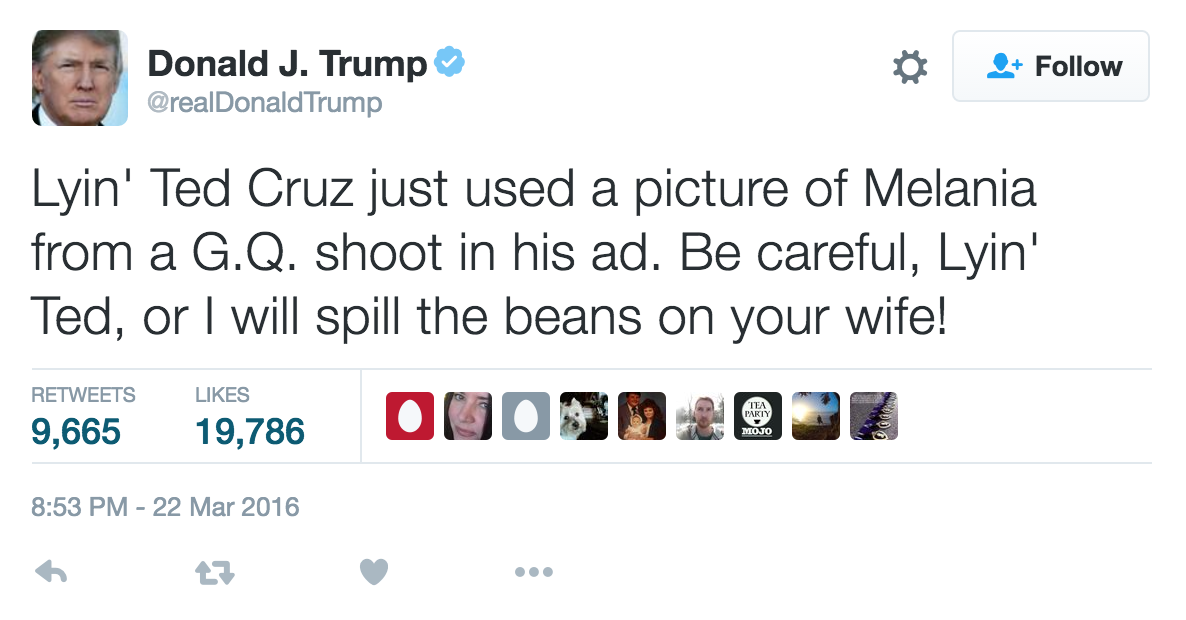 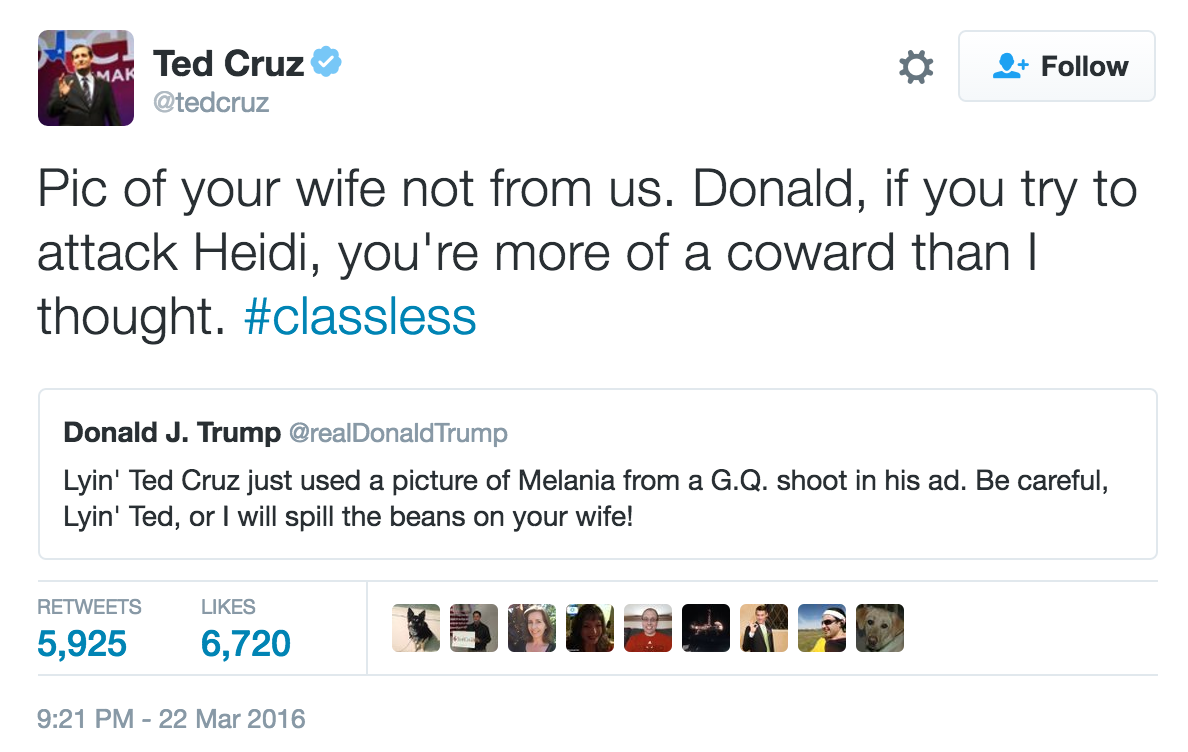