In February of 2015, comedian Stephen Fry sat down for an interview with host Gay Byrne for the Irish state RTÉ One’s The Meaning of Life.

It produced one of the most memorable exchanges about religion in recent memory: 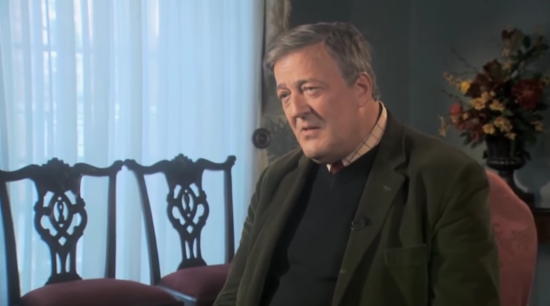 For that conversation, Fry has been shortlisted for the “Interview of the Year” award by the Sandford St Martin Trust, a group that honors religious programming.

His comments were watched millions of times and Fry later clarified that his remarks were not directed at one particular religion, saying he was “astonished by the response”. He told BBC Radio 4 at the time: “I’m most pleased I think that it’s got people talking. I’d never wish to offend anybody who is individually devout or pious and goes about their religious ways.”

The awards will be given out on June 8.