In 2014, the head coach of the Mooresville High School football team in North Carolina, Hal Capps, was told he could no longer lead his players in prayer. It was illegal, and he faced a lawsuit from the Freedom From Religion Foundation if he kept it up. He promised to stop and some of the players vowed to keep the prayers going (as they had the right to do). 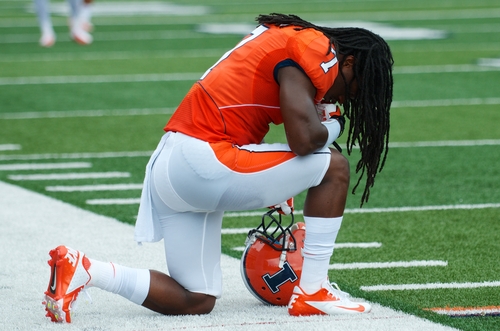 If you were going to hire Capps to be your school’s new football coach, then, surely the interview would involved asking him about his mistake. Could he respect church/state separation?

That’s not what Seneca High School (South Carolina) Principal Cliff Roberts asked. Instead, Roberts hired Capps earlier this year via a text message conversation that appeared to center around their mutual love of Christ.

In other words, you could make the case that religion played a direct role in his hiring. Would an openly Muslim or atheist coach with the same background have even had a chance?

That’s what FFRF wants to know. They got their hands on a copy of the text messages and were appalled by what they saw. The blue messages on the right are from Principal Roberts, while the white ones on the left are from Capps. 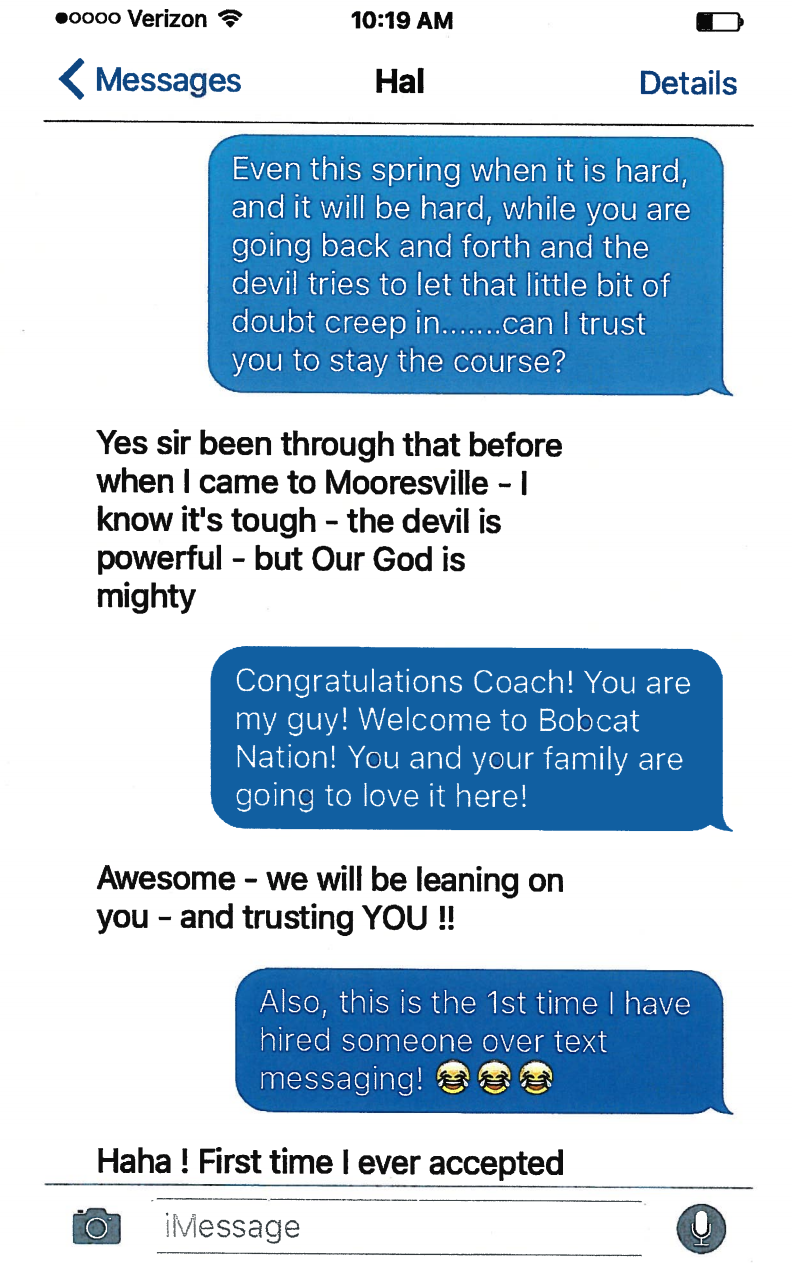 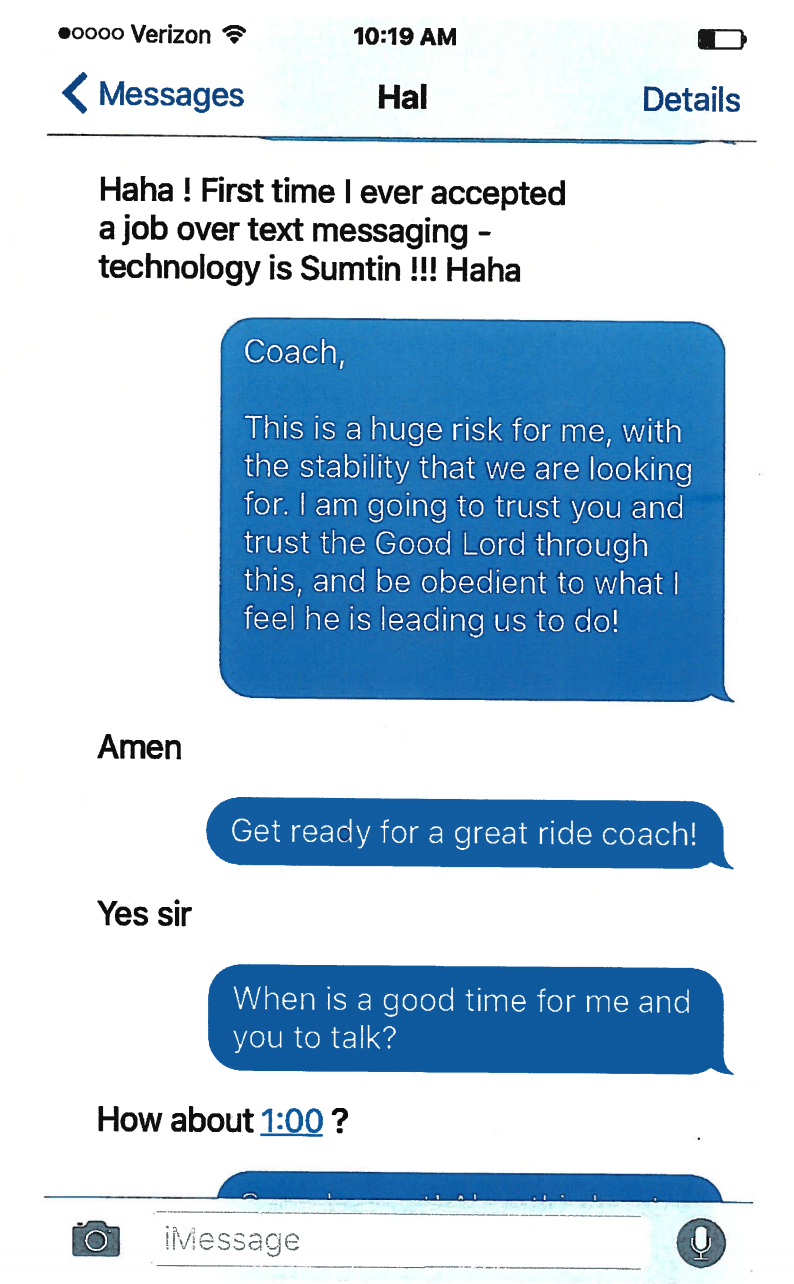 “God,” “Devil,” “Amen”? “Good Lord” indeed. Is this what the interviews are like for science teachers, too? What does any of this have to do with football and the students?

Even Capps’ formal application included a mention of his faith, a subtle hint that he might bring religion back to the team, and a snarky reference to FFRF. Here’s FFRF attorney Patrick Elliott with a summary:

Mr. Capps’ Christian beliefs were alluded to in other communications as well. In Mr. Capps’ certified application for the position, he said:

If you google ‘Coach Hal Capps’ you will find some articles about me leading prayers and Baptizing players. Yes I do not hide my faith and I have started letting players lead the prayers and lastly I have never baptized anybody in my life.. at least.. Not yet haha. This was the same group that came after Clemson a few years ago.

In addition, Mr. Capps and Principal Roberts refer to each other as “brother” or “my brother” in text messages, seemingly in reference to being fellow Christians.

The message is clear: Capps doesn’t think he did anything wrong at Mooresville, and there’s reason to believe he’ll do it again. That doesn’t mean he shouldn’t be hired, but the obvious Christian bias in his application and conversation — a sort of public display of belief that I doubt would be tolerated if the applicant were non-Christian — is disturbing and possibly a violation of the law.

That’s what Elliott is getting at:

If Mr. Capps was given preferential treatment because of his faith, the District has wronged candidates that were not given due consideration because of their religious beliefs or lack of belief. It is grossly inappropriate and illegal for public school officials to consider religion as part of a public school hiring decision.

FFRF is asking the District to conduct an investigation into the matter. You can assume the District will say everything is okay, but if there’s a problem in the future with this coach, at least the paper trail will be extensive.

March 22, 2016
Don't #PrayForBrussels. Here's What You Can Do Instead
Next Post