School Board Member: Atheists Can “Crawl Back Into Their Hellhole” If They Oppose “Christmas Break” March 22, 2016 Hemant Mehta

School Board Member: Atheists Can “Crawl Back Into Their Hellhole” If They Oppose “Christmas Break”

At last night’s meeting of the Millard School Board in Omaha, Nebraska, there was a push to rename winter break “Christmas break.”

I take that back. It was more than a nudge from just one guy: Board member Paul Meyer. But damn, was he angry about it. 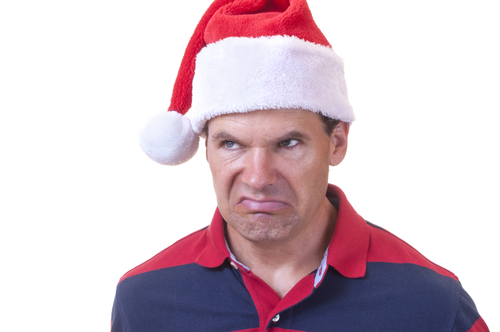 “I would like to make a motion that we rename this period Christmas break, and those atheists who don’t like it can crawl back into their hellhole, because I, for one, will not put my Lord, my God, aside for a few atheists,” Meyer said. “And if they don’t like it, the ACLU doesn’t like it, the heck with them.”

I can only assume he muttered something anti-Semitic under his breath. Because no one else matters when Christians are in the room…

(Also, can someone please explain to him that atheists don’t believe in hellholes?)

At least the rest of the board had the good sense to basically ignore him. No one even seconded his motion, allowing it to come up for a vote. Instead, the “winter break” calendar passed with a 3-1 vote from the members present at the meeting. Meyer was the only dissenter.

The board’s president, Mike Kennedy, tried reasoning with Meyer, saying that just because the rest of them saw no need to change the name of the break, it didn’t mean they hated Christmas.

[Kennedy] said that just because the other board members didn’t back the motion doesn’t make them atheists or mean they don’t value Christmas.

He told Meyer that he and the others are “very religious.”

I can’t tell if that remark was a swipe at atheists, as if there’s something wrong with being called the A-word, or just an attempt at correcting a false statement. Either way, Kennedy said, it’s not like they were taking Christmas away from children who wanted to celebrate it.

And that’s the whole point, isn’t it? Winter break is a harmless generic description of a time of year when a lot of kids celebrate a lot of things. Just because Christians are in the majority doesn’t mean everyone observes Christmas.

Meyer may want to use his power to marginalize Jews, atheists, Hindus, and Muslims, but at least he was stopped by people who are a bit more tolerant of the diversity in the District.

(Image via Shutterstock. Thanks to Eric for the link)