In a rant last night, Creationist Ken Ham went off on atheists, simultaneously blaming us for suppressing the “truth” of Noah’s Ark while crediting us for inspiring a bigger, better Creation Museum than the one he had originally set out to build: 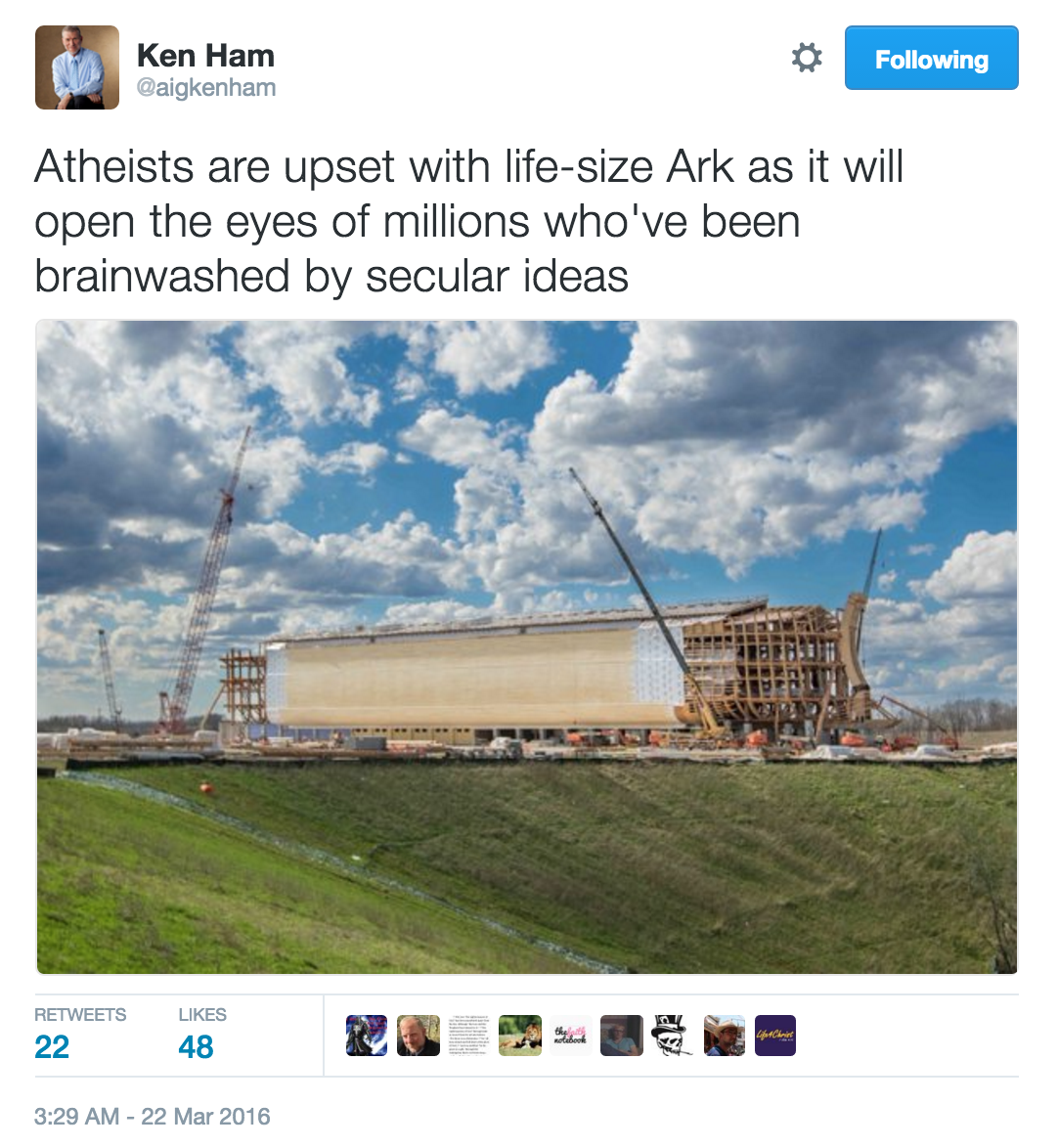 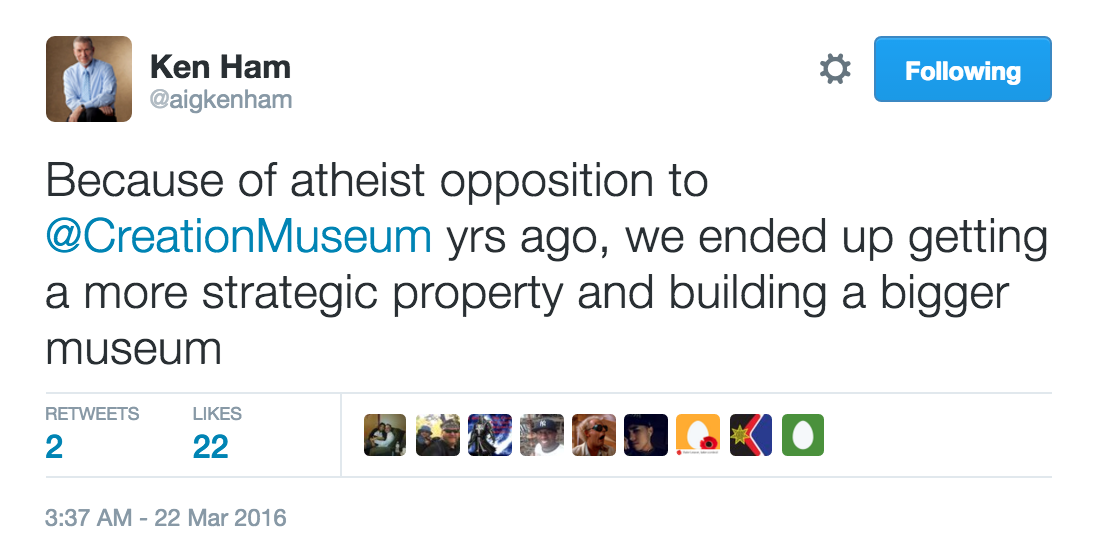 To state the obvious, no one’s worried that Ark Encounter will “open the eyes of millions.” We’re worried it’ll shut their brains off. That’s the general frustration with his brand of fundamentalism. There’s no critical thinking involved. You won’t hear Ham telling anyone to get in a lab or run some experiments. It’s just “believe and regurgitate.”

If atheists caused him to build a bigger museum in a different location, that’s news to me. Considering building permits are signed and construction begins long before the opposition to the content inside hits a fever pitch, it’s hard to believe he signed all the papers, heard atheists complaining, and then said his version of, “The wall just got 10 feet higher.”

Finally, it’s no surprise Ham thinks we’re fulfilling some lines in the Bible about how the godless will “suppress the truth by their wickedness.” But I think it’s only fair given how he repeatedly breaks the Commandment about how you shouldn’t bear false witness. We all want the “truth.” The difference is that rational people believe we’ll find it by asking questions and testing our theories. Ham and his followers think it follows from their interpretations of a book written a long time ago by men who were even more in the dark about how the world works than we are today.

Given the time he posted those tweets, it sounds like atheists are getting under his skin and giving him nightmares. So at least we’re succeeding on that front.

March 22, 2016
Full Frontal Features American Atheists at CPAC: "In Any Movement, You Need People Who Are Dicks"
Next Post

March 22, 2016 Utah Governor Signs Law Making "In God We Trust" License Plates Cheaper to Purchase
Browse Our Archives
What Are Your Thoughts?leave a comment