Homophobia Exists Even Among Brilliant Scientists

You expect to see elements of homophobia at churches or schools full of immature kids. But not when a group of scientists get together. What could they possibly have against expressions of LGBT pride?

That’s why it’s surprising to see what’s happening at CERN, the home of the Large Hadron Collider and many brilliant minds: 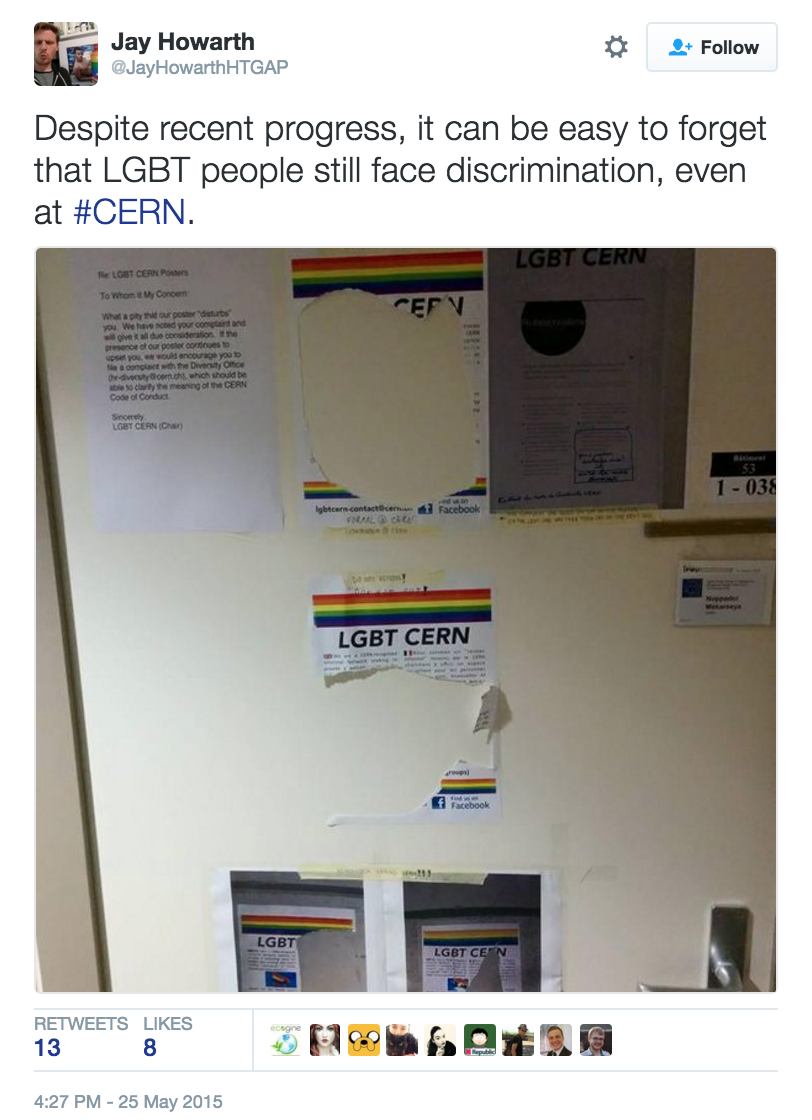 THE world-renowned European particle physics laboratory Cern, near Geneva, is embroiled in a homophobia row with scientists in its lesbian, gay, bisexual and transgender (LGBT) club who have suffered abuse including hate-filled emails and anti-gay graffiti on its noticeboards.

At least one researcher has been formally disciplined after being caught on video surveillance cameras defacing posters, but others are thought to be involved too. LGBT Cern group members say the abuse has gone on for years with posters advertising meetings and social events ripped down, or defaced with words such as “schwein” (German for pig).

The bright spot to all this is that the actions aren’t tolerated. One person’s been disciplined, but if others are discovered to be responsible for this, they’ll no doubt face punishment, too.

How many churches can say the same?

(Thanks to Statistique for the link)

March 22, 2016 Expected Highway Expansion for Noah's Ark Theme Park Left Out of Kentucky House Construction Plan
Browse Our Archives
What Are Your Thoughts?leave a comment