Heartbreaking news out of Brussels, Belgium this morning as we’re hearing developing reports of terrorist attacks resulting in at least 26 deaths and 130 injured. The explosions took place at 8:00a local time. 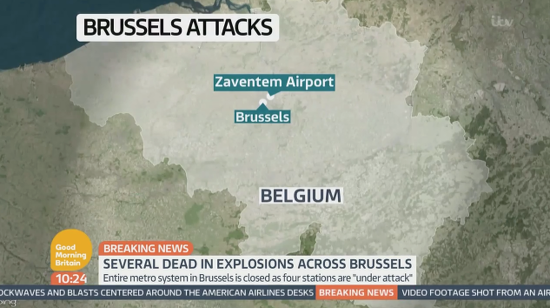 The blasts happened Tuesday morning, centering around the city’s transportation system, with one bomb being detonated in the subway system and two at Zaventem Airport. At least one has been confirmed as a suicide bombing, taking place just outside of the airport’s security checkpoint.

As always with these stories, some of the initial reports may contain incorrect information, so be cautious about what you hear. So far, no group has claimed responsibility for the attacks. More updates coming soon.

March 22, 2016
Pastor Sentenced to 50 Years in Prison After Hiring Mistress to Burn His Home and Kill His Wife
Next Post

March 22, 2016Full Frontal Features American Atheists at CPAC: "In Any Movement, You Need People Who Are Dicks"
Browse Our Archives
What Are Your Thoughts?leave a comment