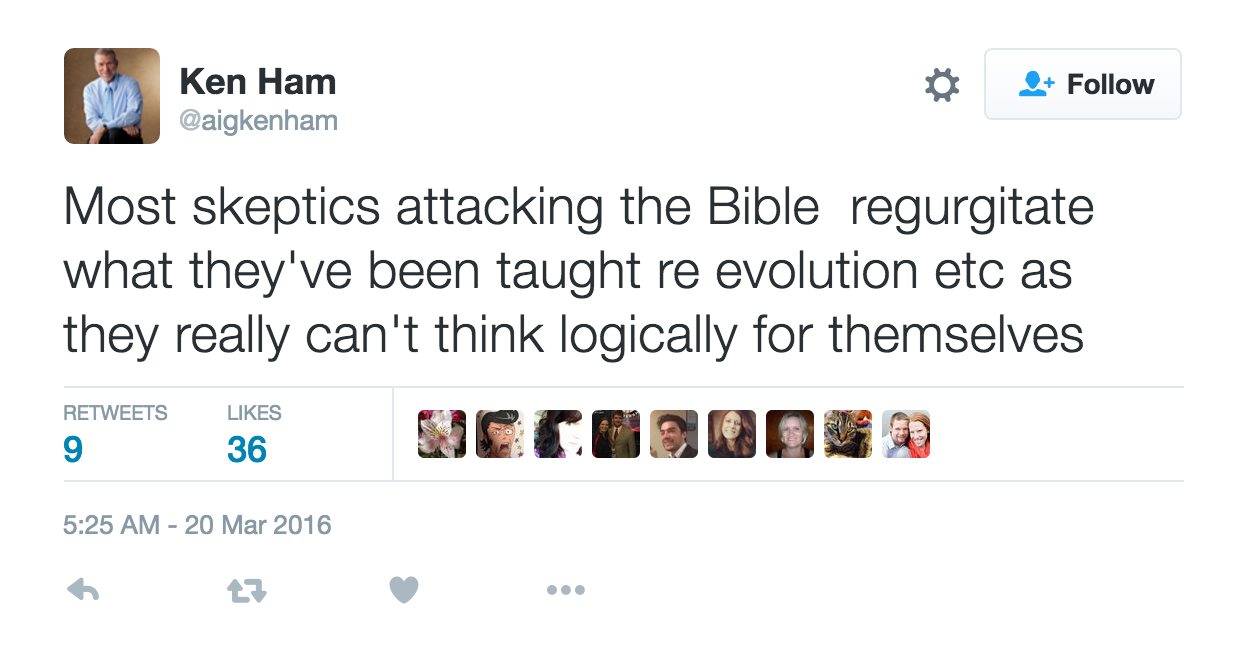 Skeptics regurgitate what we’ve been taught?

Ken Ham is a guy who regularly promotes the Bible Bee, a competition that’s literally all about memorizing and reciting Bible verses. No analysis or thought required.

His museum doesn’t encourage doubt or critical thinking. It tells you what Creationists believe the answers are and you’re expected to just accept it. End of story. It doesn’t even let you stray from the path to explore different exhibits; the order is laid out for you.

Ham wrote in a piece for CNN before his debate with Bill Nye that he has “decided to accept an authority — our infallible creator and his word, the Bible — over the words of fallible humans.” That sounds nice until you realize that those humans include scientists whose theories were built upon mountains of evidence, and that the Bible is full of nonsense.

You may also recall Ham’s infamous answer to the question: “What, if anything, would ever change your mind?” His response boiled down to “Nothing.” Bill Nye’s answer? “Evidence.”

The guy who will never change his mind regardless of the facts is saying skeptics are just parrots with no ability to think for themselves.

Talk about a lack of self-awareness…

Science doesn’t work because we have “faith” in it. It works because every idea is subject to revision, theories are only accepted after extensive testing, and a single fact could force us to discard our faulty ideas in place of better ones.

Religion works the opposite way. It has power only because you can’t question it.

Can’t wait for Ham’s next tweet all about how atheists are persecuting him for saying idiotic things online.