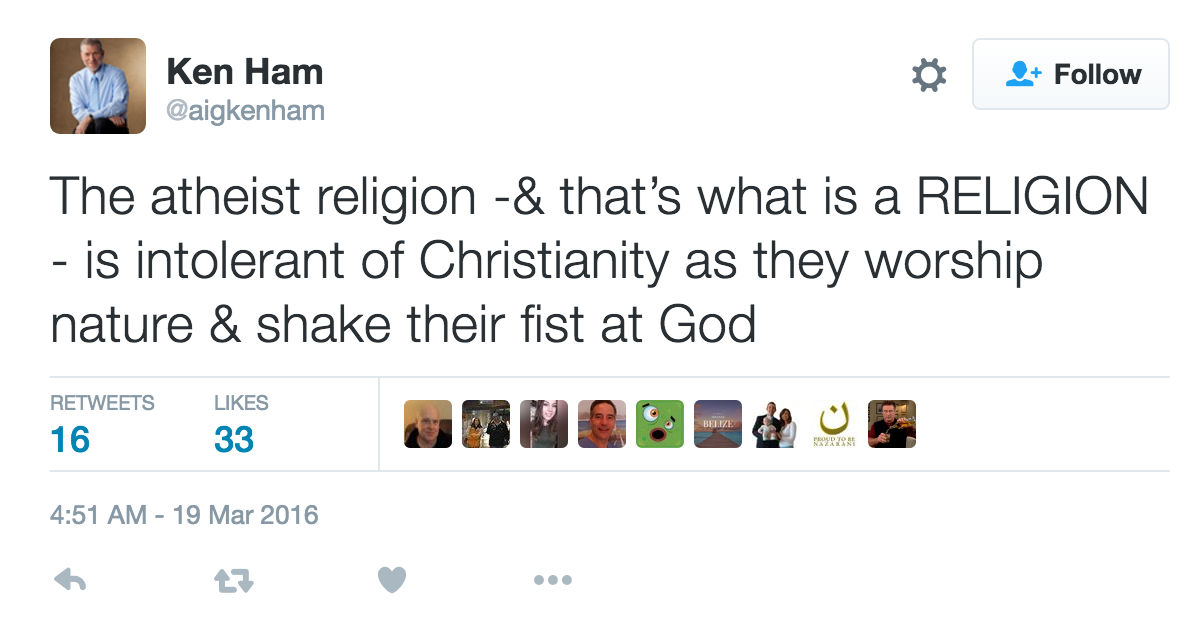 Atheism isn’t a religion. There’s no deity or dogma involved.

We don’t worship nature. We appreciate nature. It’s a product of evolution and it’s really damn beautiful. But no atheist is kneeling at the base of a tree.

And we’re not shaking our fists at God because… um… we don’t believe God exists. That’s kind of the whole point.

So whenever you’re pointing out the bad grammar in his tweet, go ahead and try correcting him on everything else, too.