Legislators in Nebraska have advanced a heartbreaking new “religious freedom” bill: LB 975, which would protect faith-based foster care agencies that refuse to work with same-sex couples.

But never fear: Sen. Ernie Chambers to the rescue! 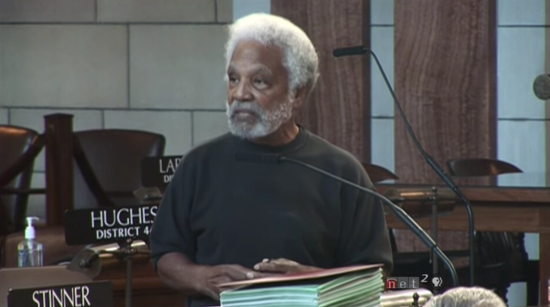 Chambers, the highest-ranking openly atheist politician in the United States, promised that he will filibuster the bill if it moves forward, using his time on the floor to talk about “the history of religious support for intolerance, discrimination, abuse, and more.”

Those would all be appropriate topics for discussion, as the proposed measure seems to encompass all of them:

LB 975 would bar the state from taking action against foster care and adoption agencies that refuse to provide or facilitate services based on the agencies’ “sincerely held religious beliefs.”

The original version also would have protected agencies that refuse to refer people for services elsewhere.

The amended version would require the agencies to give people information about where else they may turn.

Even grosser is that the measure is advancing in part because it supposedly does not pose a financial threat to the agencies in question (i.e. Nebraska could continue to receive federal funding even after legalizing discrimination):

Kolterman says the opinion put to rest “absurd” claims that his bill might endanger $30 million or more of federal funding by allowing agencies to discriminate.

Chambers, on the other hand, has long advocated for the equality of LGBT people in his state and seems like the perfect spokesperson to filibuster this toxic bill.

March 19, 2016
A Creationist Astronaut Just Went Up Into Space as Part of the Latest NASA Mission
Next Post