Given all the bad press the NFL (deservedly) receives, you have to applaud league officials for how they’re responding to Georgia’s House Bill 757, a.k.a. the “Religious Liberty” bill.

The bill, which among others things would allow religious business owners to discriminate against LGBT customers, has already passed the House and Senate. It’s just waiting for a signature from Governor Nathan Deal.

A lot of CEOs whose companies are based in Georgia are urging him not to sign it and turn his state into the next Indiana. They say it’ll hurt their recruiting efforts and impact their investment in the state.

But none of those threats is as large or as visible as the NFL saying it might take Atlanta off the list for possible Super Bowl locations. That would be a damning prospect for a city that’s about to get a new stadium next year: 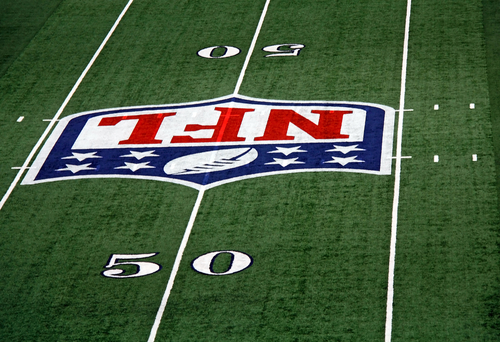 The statement from league spokesman Brian McCarthy reads, “NFL policies emphasize tolerance and inclusiveness, and prohibit discrimination based on age, gender, race, religion, sexual orientation, or any other improper standard. Whether the laws and regulations of a state and local community are consistent with these policies would be one of many factors NFL owners may use to evaluate potential Super Bowl host sites.”

That’s a veiled threat right there. And given the NFL’s bad press regarding concussions and punishing players for bad behavior off the field, they’re going to do everything they can to be on the right side of civil rights issues, even if that angers some Christians. (Does it matter? They’re doing something else on Sunday, anyway.)

The Atlanta Journal-Constitution notes it wouldn’t be the first time a Super Bowl has been moved:

The NFL has previously moved a Super Bowl from Arizona to the Rose Bowl near Los Angeles in the 1992 season after that state refused to recognize the Martin Luther King holiday.

You may recall that the NCAA also said it would reconsider future events in Indiana after Gov. Mike Pence signed a similar law. (Under pressure, Pence eventually signed an amendment protecting LGBT rights.)

Considering how these competitions bring prestige, tourism dollars, and eyeballs to the cities they’re in, this sort of warning from major sports organizations may be the best way to convince Deal to veto the law before it’s too late.

(via Joe. My. God. Image via Ken Durden / Shutterstock.com)

March 18, 2016
Why Did a Kentucky Elementary School Take a Field Trip to the Creation Museum?
Next Post