Ted Cruz Will Save Us from Single Moms and Their Anchor Babies, Says Wisconsin Representative March 18, 2016 Rachel Ford

Ted Cruz Will Save Us from Single Moms and Their Anchor Babies, Says Wisconsin Representative

Living in Wisconsin, I’m unfortunately already familiar with Rep. Glenn Grothman from his time in the state legislature. 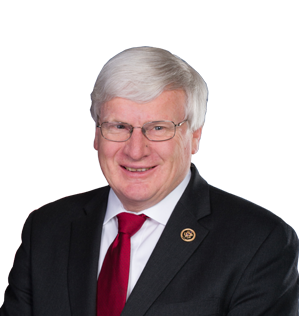 In those days, he was tackling important issues facing our state… like proposing a bill that would update state educational materials to list single parenthood as a contributing factor to child abuse. And explaining that pay inequality is just the result of money being more important to men than women. And declaring it’s “a little bit ridiculous” that people have to have a day off every week.

He’s also opposed to actual sex education, opting instead for an abstinence-only substitution. Which troubles him almost as much as acknowledging homosexuality is a real thing, because he knows it’s all part of the Gay Agenda™. There was also his noble work of suggesting that food stamp recipients are cheats who don’t deserve the money they’re getting. And when he wasn’t busy opposing women’s rights, weekends, feeding the poor, equal pay, and the existence of gay people, Grothman set aside some time to remind Wisconsinites that there’s a war being waged on men.

Since those memorable days in the Wisconsin legislature, he’s been promoted to serve in the U.S. House, where he’s continuing to tackle important topics like the uselessness of reproductive care providers because, “as a man,” he has plenty of other options… and the threat of poor people having too much (or the wrong kinds of) food, encouraging people to keep an eye on what food stamp recipients are purchasing.

It makes sense, then, that presidential hopeful Ted Cruz has added Grothman to his growing assortment of collected nuts. Naturally, this support was expressed as only Grothman could:

Telling talk radio host Charlie Sykes that “Ted Cruz is the one,” Grothman said that the Texas Republican “has the track record in the Senate, you know that he’s going to put a stop to this huge amount of illegal immigration in this country.”

Specifically, Grothman praised Cruz’s stance on birthright citizenship for the children of undocumented immigrants, derogatorily termed “anchor babies” by opponents of the constitutional guarantee of citizenship at birth, bizarrely claiming that single moms “jump over here” to have their children.

“He stands up to the idea — he’s not for anchor babies,” Grothman said. “Some people don’t like that phrase, but the idea of saying, you know, a single mom can jump over here, have a baby and they’re an American citizen, is ridiculous.”

Aside from the ease with which such a fetus-loving pro-life champion can denigrate actual children based on their parents’ place of birth, the tie to single mothers is, well, classic Grothman. He’s made a career of going after those he deems less than worthy, and there are few people less worthy in the Republican playbook than immigrants and single mothers. The era of Ronald Reagan assured us that the notion of the “welfare queen” single mother wasn’t going anywhere, and today’s crop of Republicans are responsible for perpetuating the Schrödinger’s Immigrant myth.

It took someone with Grothman’s, um, genius to combine the two.

I wonder which Cabinet position he’ll get.

March 18, 2016 Of Course the Creation Museum is Getting a Mini-Golf Course...
Browse Our Archives
What Are Your Thoughts?leave a comment