Eleanor Cohen is the next mayor of Totnes (England) and she’s already making her mark. The atheist says she will not participate in religious ceremonies like her predecessors: 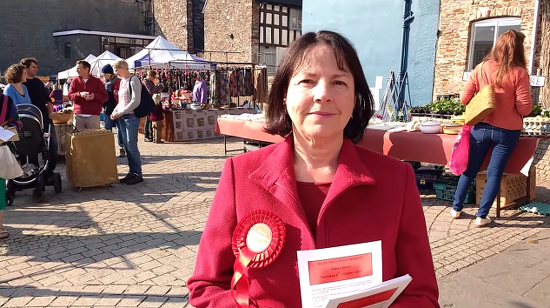 [Councilor] Cohen told the [Totnes Times] newspaper that although she is Jewish by birth she does not practise any religion and does not believe in God.

And she told the WMN yesterday that there was only likely to be one civic service affected — the Royal British Legion Remembrance Sunday commemoration.

She said she would take part in the secular part of the ceremony but not the religious service.

“Simply to be there in your regalia just because people want you to be there and it means nothing to you would be hypocritical. People do this all the time and perhaps we should stop it…”

Hard to argue with that. There’s no rule that says political leaders have to promote religion while on the clock. And the best way to end a tradition is to just stop doing it — it’ll become the new normal eventually.

Stephen Evans, the campaigns manager of the National Secular Society, added his support for Cohen’s decision:

Remembrance is personal, and must be meaningful. It isn’t about feigning religion and remembering the Fallen in ways other people want you to. That’s why our national commemoration of Remembrance Day should be reformed into a civic service to make it a truly inclusive national event for everyone.

People of faith are then free to then arrange their own Remembrance services in their own places of worship, and remember the Fallen in their own particular way.

One thing we do not share as a nation is religion. That’s why the current entanglement of religion and state is so problematic. As Britain becomes increasingly diverse, religion’s public role will only serve to cause more unnecessary tension and conflict.

It’s time for the state to cut religion loose. Britain isn’t a ‘Christian country’. Let’s end the charade of pretending it is.

Kudos to Cohen for taking a stand on principle and not playing the religion game just because it’s expected.

March 18, 2016
God’s Not Dead 2 Producer Doesn't Get Why Atheists Might Be Offended By His Film
Next Post

March 18, 2016 Ted Cruz Will Save Us from Single Moms and Their Anchor Babies, Says Wisconsin Representative
Browse Our Archives
What Are Your Thoughts?leave a comment