In the Netherlands, Christian Political Parties Are Upset That Their Religious Privilege is Disappearing March 17, 2016 Hemant Mehta

In the Netherlands, Christian Political Parties Are Upset That Their Religious Privilege is Disappearing

In a legislature that seems so far removed from what we have in the United States, the Christian political parties in the Netherlands are really upset that the people who don’t share their faith outnumber them — and are working hard to promote church/state separation.

That means undoing a lot of Christian privilege that has built up over the years: 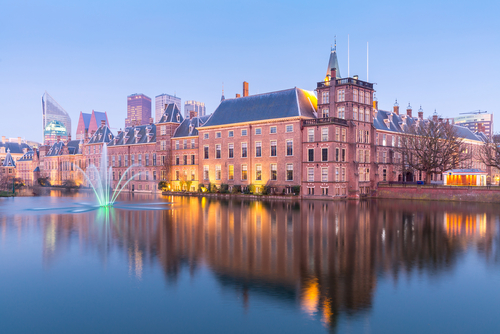 The Christian parties are annoyed by the D66′ recent proposals to take the words “by the Grace of God” out of legal texts, to deny churches access to municipal administration and to get rid of the Sunday law. These proposals were made from the principle of keeping church and state separate. The ChristenUnie also points to other proposals from other parties, such as VVD leader Halbe Zijlstra’s plan to change the law so that religious groups are no longer protected from criminal prosecution as well as previous proposals to ban ritual slaughter.

ChristenUnie leader Gert-Jan Segers wants to send the D66 and VVD a clear message: If you want to keep our support, keep your hands off of Christian traditions and privileges, he said in an interview with Dutch newspaper Trouw. “Freedom is not in safe hands with the liberals”, he said to the newspaper. “It sometimes look like resentment from the D66. Like: we suffered under a Christian majority in the past and now it’s our time. As if it’s payback time. In addition to it being a barren emotion, it is also a signal to religious minorities. It gives some believers the feeling that they are slowly being pushed towards the edge of society.”

Maybe some of you who understand the politics here can add more insight, but it’s hard to see a problem with the revisions. There’s no reason religious groups should receive special perks at all. Removing those benefits doesn’t put Christians at a disadvantage. It just means they’re going to be treated the same as everybody else — the popular kids in high school are now attending a larger college and no one cares who they are.

That’s how it should be.

March 17, 2016
A List of All the Republican Presidential Candidates Who Thought God Wanted Them to Run for Office
Next Post