For years now, ultra-Orthodox Jewish schools in New York have been receiving tens of millions of dollars in funding from the federal government as part of a program called E-rate, which The Jewish Week explained “subsidizes telecommunications services and infrastructure for schools and libraries.”

There’s a story to be written about why private religious schools should be receiving taxpayer funding at all, but the bigger story right now is that ultra-Orthodox Jews essentially forbid their community from using the Internet. (After all, knowledge might pop their bubble.) Which means they’re getting a lot of money to increase their technological capabilities… even though the students aren’t allowed to use it. 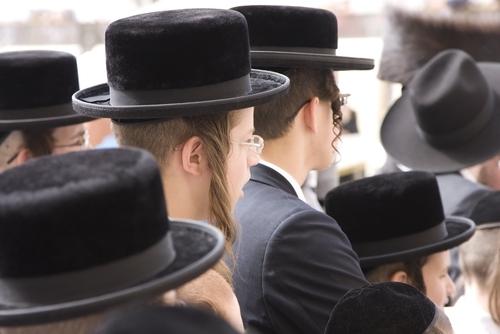 Yesterday, the FBI raided dozens of Jewish schools and local vendors in the city of Ramapo to investigate what appears to be widespread fraud:

… [FBI agents and investigators were] demanding that vendors and yeshivas provide records and account for equipment allegedly bought by religious schools with millions in federal education technology dollars.

The FBI-led raids, which involved 22 separate search warrants in Ramapo, are part of an investigation into whether local yeshivas properly spent money obtained through the federal government’s E-Rate program…

In a statement, the U.S. Attorney’s Office said: “Today, the FBI, working with our office, conducted searches in connection with an ongoing fraud investigation. If and when charges are filed, they will eventually become public. This remains an ongoing matter, and we are unable to provide any additional information at this time.”

Needless to say, this doesn’t appear to surprise people familiar with the districts involved. I’m legally obligated to link to the excellent episode of This American Life discussing one of the public school districts in East Ramapo that was taken over by ultra-Orthodox Jews who were frustrated that they had to pay property taxes for the schools when their children didn’t even attend. By winning a majority of board seats, they were able to decimate the system for everyone else.

This raid, if the suspicions are confirmed, would show that they were willing to screw over American taxpayers, not just the people in their communities.

(Image via Maksim Dubinsky / Shutterstock.com. Thanks to Brian for the link)

March 17, 2016
About Those Two Fetuses Growing in Their Mother's Womb...
Next Post

March 17, 2016 Alabama Biology Textbooks Will Continue to Have Disclaimer Saying Evolution is "Controversial"
Browse Our Archives
What Are Your Thoughts?leave a comment