Teacher Who Led Students Out of Religious Assembly Will Resign After Accusations of Racism March 16, 2016 Hemant Mehta

Earlier this month, I posted a story about a ridiculous event that took place at Paul Laurence Dunbar Middle School For Innovation in Lynchburg, Virginia. 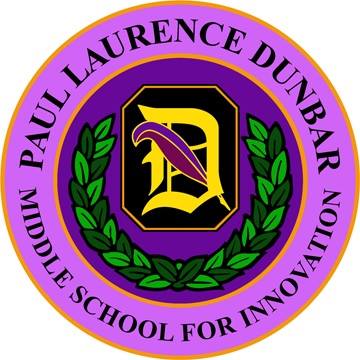 As the story went, a white teacher interrupted a Black History Month assembly and told the kids to leave the auditorium with him, leading the school to send home a letter to parents apologizing for his actions.

During the assembly, an employee interrupted the program by going to the microphone on the stage during the singing performance to express his offence with this portion of the program, and offered the students an opportunity to leave the auditorium with him.

That sounds pretty damning for the teacher, Jason Tyree, and there was reason to believe he would lose his job over this.

But then the truth came out. Racism had nothing to do with it.

According to several students, including one who began a petition in Tyree’s defense, he “interrupted” the assembly only because the Liberty University Praise Group was singing Christian music. Tyree knew this was a violation of church/state separation, and he spoke up to let students know that they didn’t have to sit through this if they didn’t want to.

In other words, the Lynchburg community was attacking a teacher who did everything right when they should have been criticizing the public school officials who illegally invited a Christian Gospel choir to sing songs about Jesus at an assembly.

There’s now an update to this story and I’m sorry to say it doesn’t involve an apology to Tyree.

He’s resigning from the District at the end of the school year. Maybe because it’s clear he’s not welcome there. It should be noted, though, that even the Superintendent admitted that Tyree did nothing wrong:

“Based on the investigation, I’m confident that the employee’s actions were not racially motivated,” says Superintendent of Lynchburg City Schools Dr. Scott Brabrand.

“His resignation is effective June 30th, 2016,” says Chairman Mary Hoss at Tuesday’s meeting. “Mr. Tyree will not return to the classroom, but he will pursue other teaching activities with the support of the school administration.”

“I did not say that I was offended, I said, ‘If anyone would like to meet me in the gym, because you are offended by this, you may do so.’ I will miss the students, parents, and faculty of Dunbar; my family and I would like to thank them for all of their support in this matter and the past ten years.”

What an awful way to end a career in what is clearly a District run by unprofessional fools who think it’s more important to promote Christianity than follow the law.

Tyree is the scapegoat for their mistakes. The kids deserved better from their administrators.

March 16, 2016
A Christian Professor Shares How Her Bible-Based, Husband-Led Marriage Led to Domestic Abuse
Next Post