Marco Rubio Drops Out of Presidential Race, Saying, “It Is Not God’s Plan That I Be President” March 16, 2016 Hemant Mehta

Marco Rubio Drops Out of Presidential Race, Saying, “It Is Not God’s Plan That I Be President”

Last night, Marco Rubio suspended his campaign after a disappointing showing in Florida. The one-time Republican “savior” has been knocked out of the race. 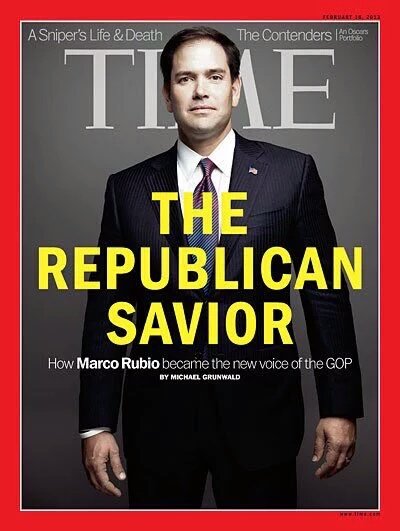 Nope. Rubio mentioned some of those things in his concession speech, but he knew who was really responsible for all this:

And so while it is not God’s plan that I be president in 2016 or maybe ever, and while today my campaign is suspended, the fact that I have even come this far is evidence of how special America truly is, and all the reason more why we must do all we can to ensure that this nation remains a special place.

To be fair, Rubio didn’t say God wanted him to run in his original campaign announcement, but he made no attempt to hide his faith on the road, telling one atheist that his greatest aspiration wasn’t making the United States a better place but having “the ability to live forever with my Creator.”

Scary stuff. The Democrats may have dodged a bullet, given that Rubio had a serious chance at winning over a lot of independent voters in the general election. But make no mistake: He wasn’t a moderate. He was a conservative in every sense of the word and he would have been an awful President for anyone who cares about church/state separation, LGBT rights, and women’s rights (he’s against all abortions, even in the cases of rape or incest).

I guess God prefers the asshole who doesn’t ask for forgiveness, doesn’t know much about the Bible, and doesn’t want to reach out to minority groups.

But maybe we shouldn’t count Rubio out. Given the TIME magazine headline, Rubio may yet rise again in a few days.

March 16, 2016
A Montage of Donald Trump-Fueled Violence
Next Post

March 16, 2016 President Obama Nominates Judge Merrick Garland to U.S. Supreme Court
Browse Our Archives
What Are Your Thoughts?leave a comment