Rob Sherman, a longtime atheist activist from Illinois (who’s been off the religion radar for quite some time), won his primary last night, earning the chance to represent the Green Party in a race for U.S. Congress from the state’s 5th District.

The more depressing news is that the numbers don’t look very promising: 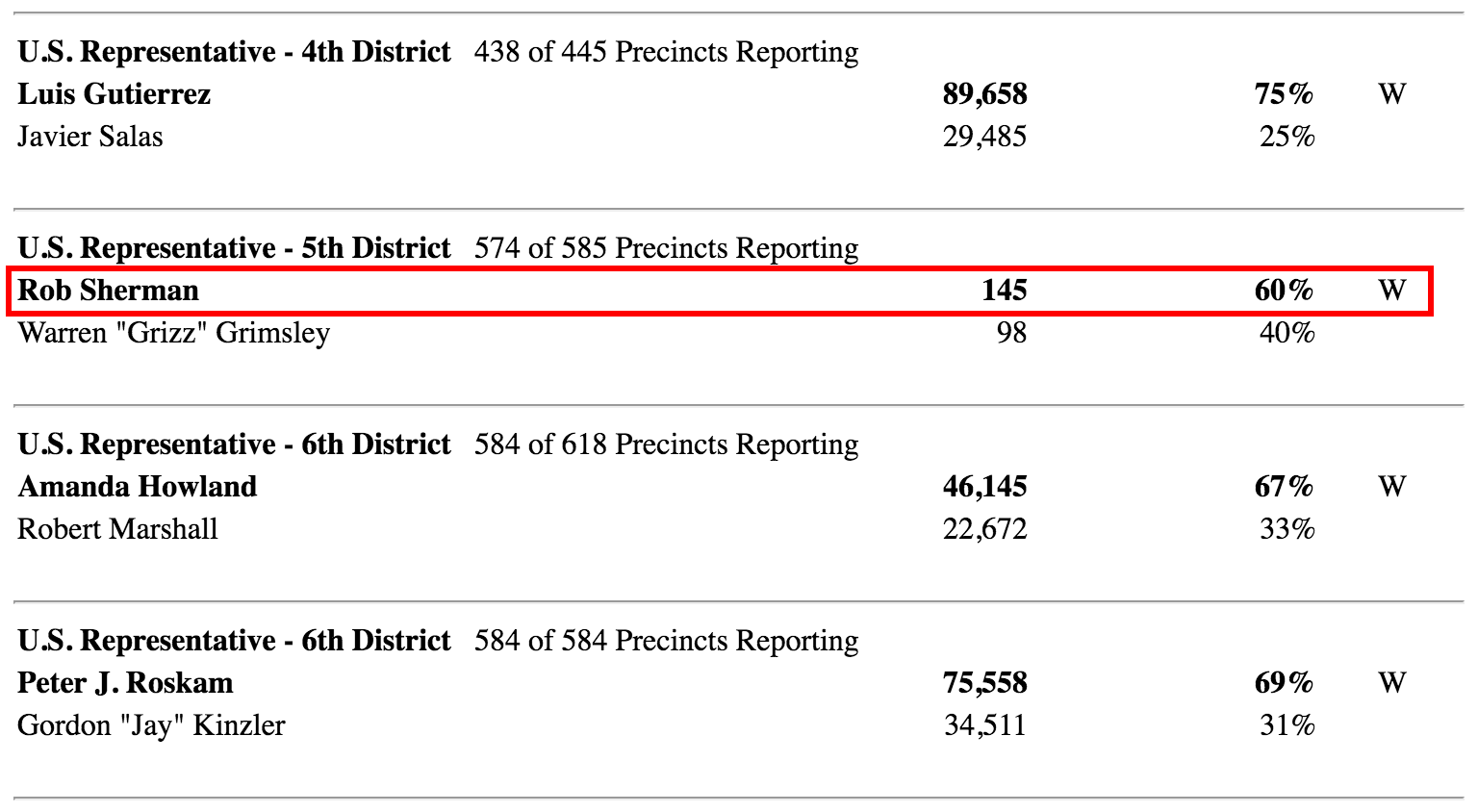 I’m including the other districts just so you can get a sense of what the general election will look like.

Sherman’s platform includes getting rid of Christmas as a federal holiday, adding a holiday called “Science Day” on what’s currently New Year’s Eve, taking God off our money, removing God from the Pledge of Allegiance, getting rid of the “Christian Taliban from the United States Military by launching a Congressional investigation into unconstitutional proselytizing at the Air Force Academy and anywhere else that it exists in our Armed Forces,” and reducing global warming.

Because why the hell not?

So we’re talking a major uphill climb, with a platform that not even a lot of atheists would support. But an atheist will officially be on the ballot. That’s something, I guess.

March 16, 2016 Where Does Judge Merrick Garland Stand on Church/State Separation?
Browse Our Archives
What Are Your Thoughts?leave a comment