There Is a Link Between Mormon Populations and Teen Suicides, but Is It Related to Homophobia? March 15, 2016 Camille Beredjick

There Is a Link Between Mormon Populations and Teen Suicides, but Is It Related to Homophobia?

It’s an easy assumption that any policy that harms LGBT adults would have an equally (or more) devastating effect on LGBT youth. However, it’s also dangerous to assume disastrous effects without digging deeper.

One recent example that’s been in the news is the link between Mormon communities and teen suicide rates. 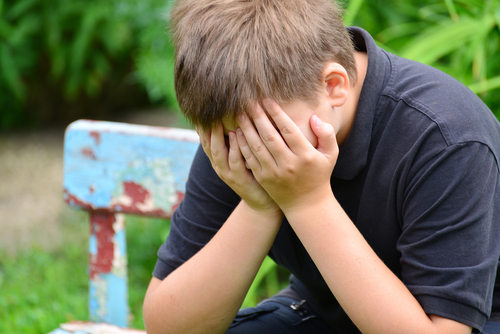 Last year, the LDS Church enacted a new policy whereby children of same-sex couples cannot be welcomed into the faith unless they’ve disavowed their parents. Indeed, a number of publications lately have looked into the “terrifying increase in the number of suicides and calls to suicide hotlines among LGBT Mormon youth and young adults” that have been reported since the church instituted its new policy.

But suicide is a complex issue, one that cannot be attributed to a single policy change or boiled down to a simple cause-and-effect. So in light of all the media coverage about this particular topic, political science Professor Benjamin Knoll did a little social science research and released his own findings about Mormonism and youth suicide. Using data from Pew surveys, he matched state data on suicide rates with data on Mormon populations in those states.

Recently, Daniel Parkinson and Michael Barker presented a wide range of evidence examining direct, indirect, and anecdotal evidence examining the relationship between LGBT culture/norms and youth suicide rates in the Mormon community. They conclude that while there is little direct evidence, there is sufficient indirect and anecdotal evidence that, when combined with the direct evidence, strongly points to a link between these factors.

One of the data points presented was the rate of suicide among youth aged 15-19 in Utah compared to other comparable states over the past several years. They argue: “Suicide is the number one cause of death of all Utah youth; this is not the case nationally. More alarming, the teen suicide rate in Utah has doubled since 2011. … While Utah had a doubling of suicides among teens, the rest of the country did not see a substantial increase in their suicide rate.”

However, he’s also careful not to assume the causes:

While this piece of evidence is important and, when considered in light of the other evidence they present, certainly supports the argument that the approach to LGBT issues in the LDS Church are strongly influencing suicide rates among young Mormons, the analysis is also somewhat limited in that we cannot be certain, as Parkinson and Barker readily admit, that this relationship is not “spurious.” That is, it is also possible that there are other factors which affect suicide rates that are also higher in Utah that could be causally affecting these tragic outcomes.

What were the results of his research? He found a link between Mormon populations and teen suicides: “Suicide rates for 15-19 year-olds in 2014 were higher in states where there were a higher proportion of self-identified Mormons.”

Jana Riess at Religion News Service breaks it down into a few key considerations that show why we can’t assume more than what Knoll has laid out:

This association did not exist in any statistically significant way in 2009. Take a look at the second of the charts in Knoll’s post, which shows the greater frequency of teen suicide in 2014 versus 2009 in Mormon-heavy states such as Utah, Idaho, Wyoming, Nevada, and Alaska. In those states, teen suicide is increasing at higher rates than it is in many (not all) other states; in Utah the rate has actually doubled since 2009.

It’s worth noting that the LDS policy referenced earlier was implemented in 2015, so that particular policy cannot be a cause for the spike.

It is impossible to tell from this data whether there is a link to LGBT teens. The Center for Disease Control, which tracks suicides and other causes of death, does not include sexual orientation as a factor in its records. We simply don’t know whether there is an LGBT connection, though the indirect and anecdotal evidence recounted here certainly suggests it.

And for that matter:

We don’t know the religion of the teens committing suicide. This study only shows definitively that all youth who live in areas with higher Mormon populations are at a greater risk for suicide, not that it’s Mormon teens in those states who are killing themselves. Knoll explains it is “impossible to definitely know from this data” whether a) a higher concentration of Mormons in a community drives more Mormon youth suicides; b) that same higher concentration actually causes more non-Mormon kids to commit suicide; or c) some combination of A and B.

What does it all mean? Here’s Knoll’s own summary of the findings:

Because the CDC does not track the sexual orientation of suicide victims, this evidence does not and cannot show a definitive link between Mormon religious context and LGBT suicide rates in U.S. states. This should in no way be considered the “final” or “definitive” word on the topic. However, Parkinson and Barker provide a plethora of evidence supporting the theorized linking mechanisms between LDS Church rhetoric and policies on LGBT issues and suicide rates among Mormon LGBT youth during this time frame.

Thus, the evidence presented here merely provides an additional “data point” which supports the theorized relationship, making it increasingly difficult (yet not impossible) to argue that the recent increase in suicides among Mormon LGBT youth are unrelated to the religious context fostered by the LDS Church and its leaders toward the LGBT community.

So, basically, we can make educated guesses — at this point, some guesses are too obvious not to make — but that isn’t enough. We have to continue to invest in social science research to show us more clearly what’s putting our youth at risk, and then we have to do everything in our power to protect them.