Harley Neville, a filmmaker and poet from New Zealand, just released an excellent video about the folly of religion called “Gravity.” 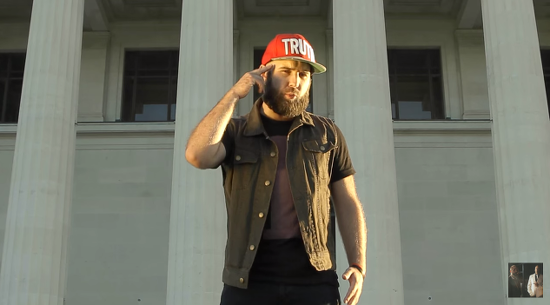 there’s a voice in their head and they follow its will
and that’s fine when it says give to charity but sometimes it says kill
and if its will is to kill then they are willing and able,
they literally invented murder, just read Cain and Abel.
This ideology is frighteningly unstable,
we need to educate people beyond this dangerous fable.

If it sounds familiar, it might be because Neville released a live recording of the piece last year. This video looks much more professional, though.

March 14, 2016
The Son of a Pakistani Politician Killed by a Muslim Extremist Reflects After a Disturbing Funeral
Next Post