Once Again, a Louisiana Legislator Is Trying to Repeal the State’s Illegal Pro-Creationism Law

In 1981, Louisiana passed into law the “Balanced Treatment for Creation-Science and Evolution-Science Act” which said that if evolution was taught in public schools, then Creationism had to be taught as well.

It wasn’t until 1987, with a 7-2 ruling by the Supreme Court in Edwards v. Aguillard, that the law was finally declared unconstitutional. It should have been a foregone conclusion that teaching Creationism was just another way to promote Christianity in school, but it took the courts to finally settle the question.

The funny thing is that the Louisiana law remained on the books.

Even though it no longer had any effect, it wasn’t removed from the records. It’s just been sitting there, doing nothing, to this day. 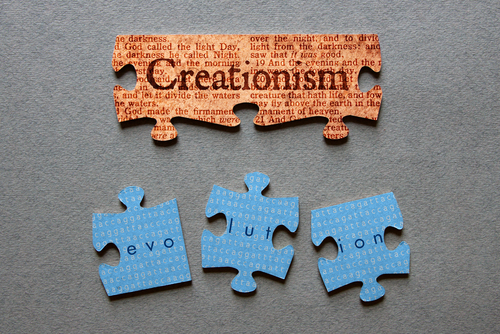 That’s why State Senator Dan Claitor, a Republican, has pre-filed Senate Bill 156, which would repeal the law once and for all. It’s currently in the Senate Committee on Education.

You would think this bill would be fast-tracked into approval — after all, teaching Creationism has been illegal now for nearly 30 years — but it won’t be that easy. This is actually Claitor’s third attempt at repealing the law.

In 2013, his amendment to Senate Bill 205 to repeal the 1981 law was approved by the Senate — despite the opposition of Ben Nevers (D-District 12), the senate sponsor of the so-called Louisiana Science Education Act of 2008, who argued that it would be useful for the law to be on the books in case the Edwards decision is ever reversed — but was later stripped from the bill.

In 2014, Claitor introduced Senate Bill 70, which also would have repealed the 1981 law, prompting Barbara Forrest, Professor of Philosophy at Southeastern Louisiana University and a member of NCSE’s board of directors to comment, “It shouldn’t take twenty-seven years and a Supreme Court case to convince the legislature to repeal the Balanced Treatment Act.” But SB 70 was rejected by the Senate without debate.

That’s Louisiana for you. Former Governor Bobby Jindal once urged Republicans to stop being the “stupid party,” but his policies have helped the state become the symbol of stupidity.

Remember: the state is the home of the (still legal) Louisiana Science Education Act which allows for “supplemental” material in science classes. That means teachers can introduce materials that challenge evolution without explicitly using the terms “Creationism” or “Intelligent Design.”

I hope SB 156 passes. But the state’s science problems would still continue well into the future.