Creationist Ken Ham has obviously never seen the Cosmos TV series — the original or the reboot.

If he did, he would never have tweeted this out this morning: 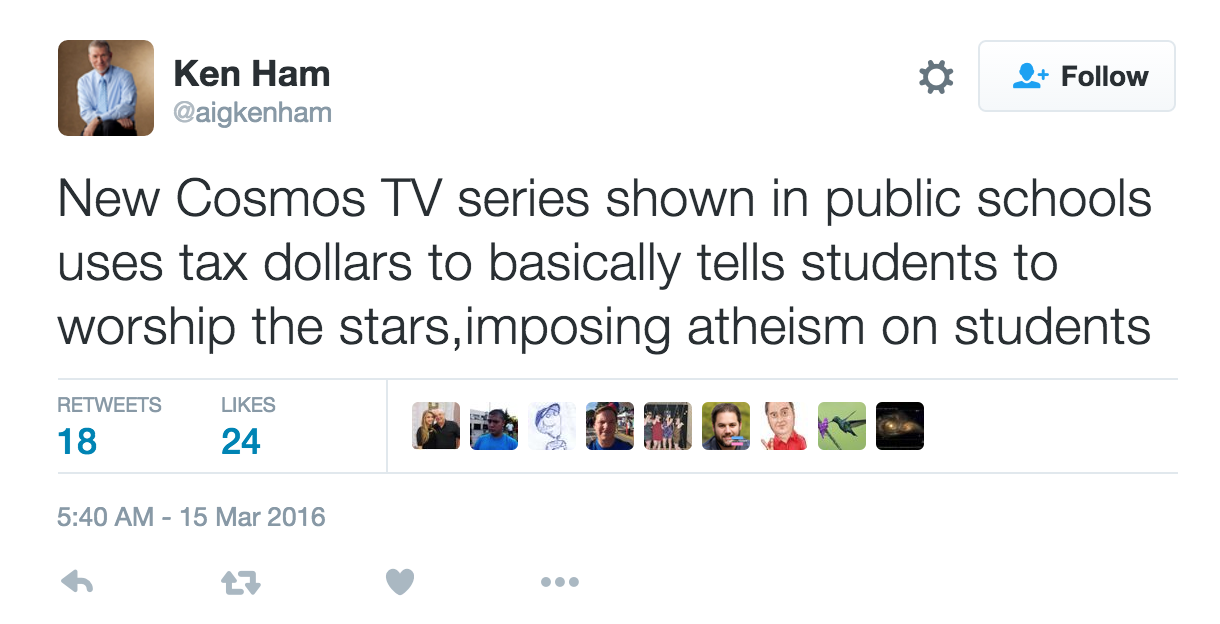 Cosmos teaches kids to “worship the stars”? It imposes atheism on students?

Bullshit. Cosmos is a secular series in the sense that it doesn’t impose anything on its viewers except a love of science and an understanding of how we came to know about the mysteries of the universe. At no point did Carl Sagan or Neil deGrasse Tyson say “God is dead” or that an understanding of science would automatically lead viewers to abandon their faith.

If anything, they purposely stayed away from comments like those to make the series as inviting as possible to the broadest possible audience.

Ham, who teaches children that the world is 6,000 years old and evolution is a hoax, is the only one imposing nonsense on people too young to ask critical questions.

The problem with Cosmos, if you’re Ken Ham, isn’t that it promotes atheism. It’s that it promotes asking questions, looking for evidence, and understanding the scientific method. Facts, like the rest of reality, contradict everything Ham believes about the origin of the universe. No wonder he doesn’t want children exposed to them.

(via Exploring Our Matrix)

March 15, 2016
Texas Commission Sanctions Judge Who Punished a Man By Making Him Copy Bible Verses 25 Times a Day
Next Post