***Update***: City officials decided not to take action on this matter, saying they made a deal with the church: give us land for the water tower and we’ll put your name on it. Because they were never trying to promote religion, it seems they think this would pass legal muster.

If you were to visit Broken Arrow, Oklahoma, you’d see this water tower that’s branded with the name of First Baptist Church: 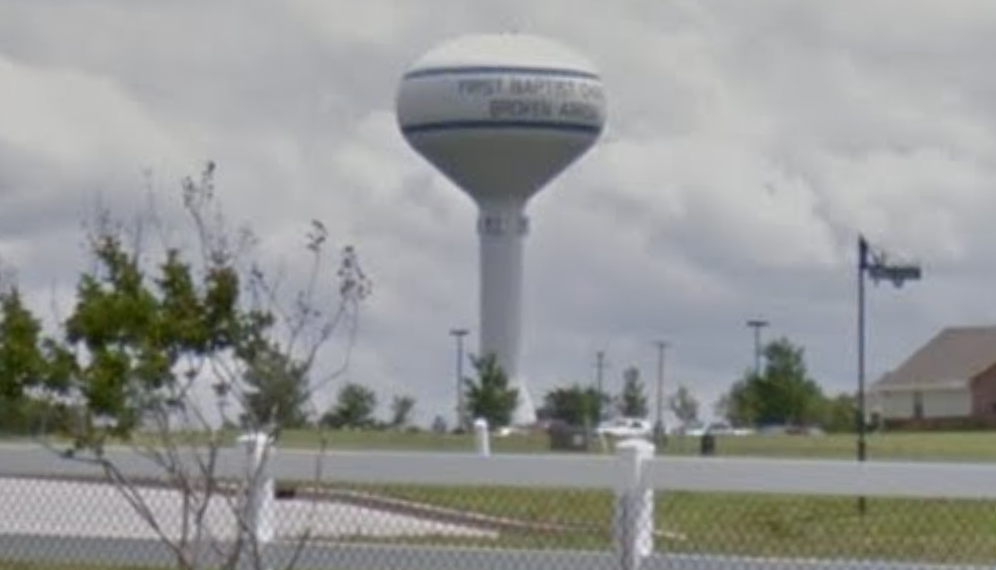 Why? Who knows, but officials there can smell a lawsuit coming and they’re considering fixing the problem before that happens:

In section two of the Oklahoma Constitution, it states “public money or property shall not be used to support any church, sect or religion.”

During a council meeting at 6:30 Tuesday, leaders will meet in executive session to discuss claims and possible litigation in the case.

It’s unclear who, if anyone, threatened a lawsuit, but I’d like to think the specter of the Freedom From Religion Foundation was somewhere in the back of their minds. By painting over the name of the church, the city would avoid any problems.

Sure the church loses some free publicity, but who cares? It’s like having free access to your neighbor’s wi-fi. When they finally block you out, you have no right to be upset since you shouldn’t have had it in the first place.

March 15, 2016
How Hindu Religious Rituals Harm the Environment
Next Post